Old works will get lit up for the Fringe 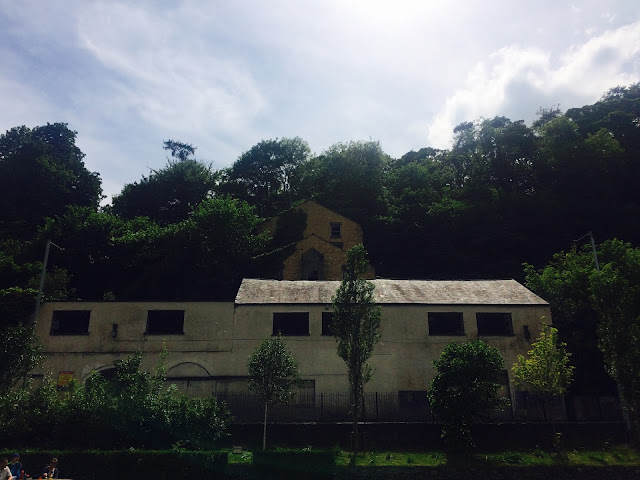 * Berwyn Works on the A5, which will be lit up for the Fringe.

As part of the celebrations for the 20th anniversary of Llangollen Fringe Festival, a renowned artist has been commissioned to produce a large-scale work to exhibit during the event.

On display throughout the festival, the project, entitled ‘Ars Magna Lucis – (The Art Of Great Light)’, will see the Old Berwyn Works building converted into a lantern that will overlook the town.

Fringe artist Alec Shepley looks at reimagining this redundant relic of the industrial age, converting it into, in his own words, ‘a lantern-space - a giver of light’.

Alec Shepley is an artist and an academic based at Wrexham Glyndŵr University, North Wales where he is head of the School of Creative Arts and Professor of Contemporary Art Practice.

His work has been exhibited widely, both nationally and internationally, with examples held in a number of public and private collections in North America, Europe and Asia.

Using especially constructed LED light boxes made on site in the town, six of the building’s classical 1930’s windows will be illuminated to create an ever changing palette of coloured light, emanating from the shell of the former brewery and print works every night during the course of the festival.

A spokesperson for Llangollen Fringe Festival said: “We’re really pleased to have an artist of Alec Shepley’s stature on board, we wanted to make a bold statement for the 20th anniversary of the festival and what better way then to create an impressive spectacle in the heart of the town. We hope this free exhibition will attract even more visitors to the town and the festival to catch a glimpse and a photo of Alec’s work.”

The ‘Ars Magna Lucis’ event will be on display from July 15-23, with a special switch-on event taking place near the bandstand at Riverside Park, Llangollen at 10.30pm, Saturday July 15.

FOR INFORMATON ON ALL PERFORMANCE DATES AND LOCATIONS AND TO PURCHASE TICKETS, VISIT www.llangollenfringe.co.uk

Posted by llanblogger at 6:07 AM