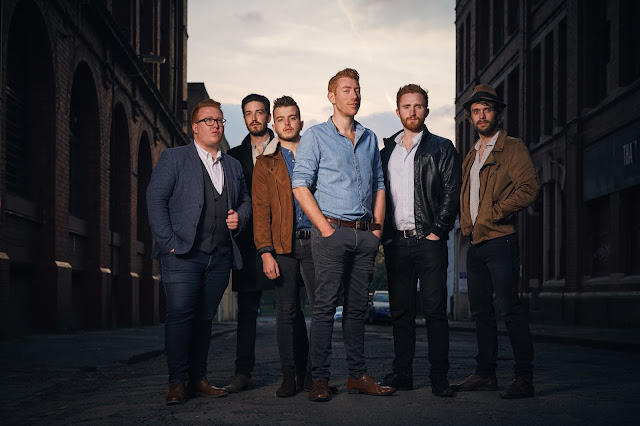 * CC Smugglers will play at the Fringe on Friday July 14.

Cerys Matthews has described Bedfordshire sextet CC Smugglers as “the best live band on the scene at the moment.”

This summer, CC Smugglers will be taking their formidable live show to prominent slots at Cambridge Folk Festival, Cropredy and Llangollen Fringe.

Since their rapid rise to fame supporting two-time Grammy award winning Old Crow Medicine Show on their UK tour, CC Smugglers have been selling out venues, and stealing headlines at the Cambridge, Cornbury, and Glastonbury festivals.

The band have also been touring around Europe, playing many prestigious festivals, including Werchter Festival in Belgium – sharing a bill with Bruce Springsteen.

CC Smugglers describe their sound as a mixture of American folk music, swing, jazz, country, ragtime and bluegrass with contemporary touchstones such as hip hop, metal, dubstep, house and dancehall.

It seems nothing is off limits for this group who began their career busking outside of venues across the country.

The band have collected many critical plaudits along their journey to success, including The Sunday Times culture section, Bob Harris, Cerys Matthews - and even Jon Snow says he's is a fan.

CC Smugglers will appear at the 20th edition of Llangollen Fringe on Friday July 14, supported by Wrexham’s Heal the Last Stand.

* Tickets are now on sale at: www.llangollenfringe.co.uk

Llangollen Fringe Festival takes place from Thursday-Sunday, July 13-23.
Posted by llanblogger at 6:30 AM