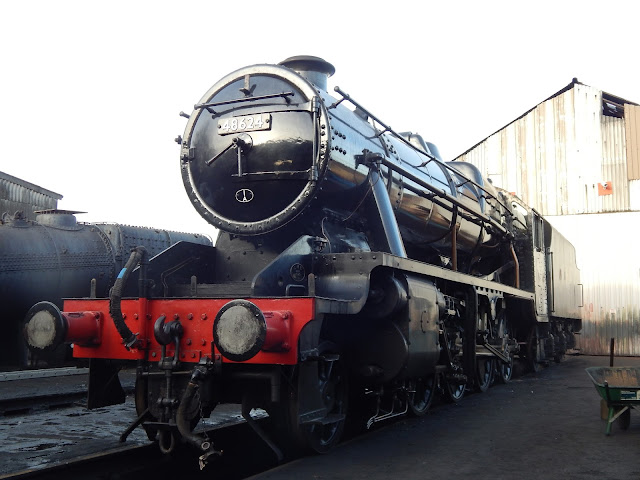 Llangollen Railway will be celebrating the end of the Paddington to Woodside Expresses 50 years on at its Spring Steam Gala over the weekend of March 3-5.

Along Birkenhead Lines will feature an intensive timetable of both passenger and mixed traffic trains, a great collection of historic steam locomotives and special attractions along the line.

The weekend also marks the 50th anniversary of two significant events - the last steam-hauled Cambrian Coast Express and 50 years since the last through working from London Paddington to Birkenhead (Woodside).

A railway spokesperson said: "Work is in hand to make this gala one of the most historically accurate and authentic steam events yet achieved at Llangollen. Expect to see cameos, displays, recreations and all the appropriate paper ephemera."

The gala will feature a number of special visiting steam locomotives :
In addition, the Llangollen Railway's 'home fleet' pool of locos for this event will be:
The visiting Ivatt Class 4MT 43106 was the last BR steam locomotive to travel between Chester and Shrewsbury, on 1st August 1968.

The loco's journey was carefully routed to limit movement 'under the wires' and travelled via Frodsham, Chester, Wrexham and Shrewsbury on its way to Stourbridge Junction for preservation on the Severn Valley Railway at Bridgnorth.

* Download our FREE Advanced Information booklet for the latest news on the gala from: http://www.llangollen-railway.co.uk/event/spring-steam-gala-3rd-march/
Posted by llanblogger at 6:35 AM