Efforts to tackle dog fouling in Denbighshire are paying dividends, with a drop in the number of complaints being received over a three-year period.

Figures from January 2013 to the end of 2016 show a declining trend, down from 59 complaints in January 2013 to 38 in November 2016, although there have been an increase in the number of complaints each year in the winter months. 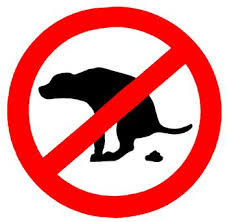 The council has a long-running campaign to tackle dog fouling and environmental crime, with a key focus on education and prevention, as well as enforcement action against those individuals who fail to clear up after their dogs.

Prevention activities have included direct engagement with dog owners about the council’s approach, handing out bags, spraying dog foul with yellow chalk to highlight problem areas, the introduction of yellow glow in the dark signs to deter would be offenders and high visibility patrols.

Dedicated operations have been carried out in ‘hot spot areas’ where there have been regular complaints..

In 2016, there were 77 notices issued to individuals for dog fouling offences.

Councillor David Smith, Cabinet Lead Member for Environment, said: “We are delighted that our efforts are proving successful, but we want to continue with our campaign for clean and tidy streets in Denbighshire.

“Of course, the majority of people act responsibly and clear up after their animals. We would like to thank them for that. This message is targeted at those individuals who act in an irresponsible manner and who show disregard to the health and well-being of other people in the community."

* You can report any instances of dog fouling by reporting it through the Council’s website: www.denbighshire.gov.uk/dogfouling or by phoning 01824 706000.
Posted by llanblogger at 6:33 AM