Denbighshire "great place to do business" 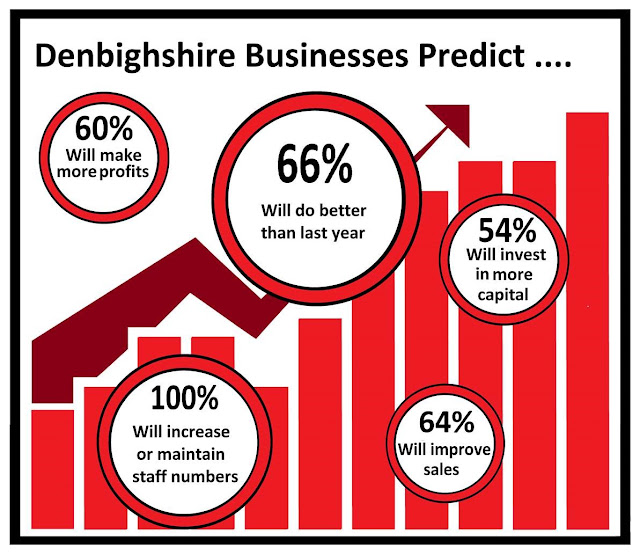 Denbighshire County Council is reassuring businesses that the County is a great place to do business and that business start-up and survival rates are improving.

Figures released by Lloyds Banking Group suggest a reduction in business start-ups in the County between November 2011 and November 2016, based on the take up of products from a number of banking groups.

Cllr Hugh Evans OBE, Denbighshire’s Lead Member for the Economy, said: “As a Council we feel the data presented by Lloyds Banking Group does not represent the full picture.

“The situation in Denbighshire is very positive, with more businesses operating in the County now than in 2011, a healthy number of business start-ups combined with really positive survival rates. We feel this is a much better indicator of success.

“The message we want to send to businesses is that a large majority of those that start in the County survive beyond three years. That makes Denbighshire an excellent place to start a business.

“Denbighshire, and its partners, are working hard to support businesses as part of its Economic and Community Ambition Programme by offering a wealth of advice and support, providing grants to assist firms looking to expand, as well as streamlining the regulation process to save traders time and money.

“By providing a supportive and business friendly environment - a key Council priority - we’ve helped to make Denbighshire an excellent place to start and run a business.

“We have also made it easier for businesses looking to relocate to the county by offering a quick and professional service. An example of this having a positive effect was the recent £6million investment by the Real Petfood Company at Bodelwyddan.”

A recent survey of Denbighshire businesses found more firms were looking to maintain staff numbers (82 per cent) and are expecting sales and profitability to improve (64 per cent) than in the 2015 survey.

The survey, undertaken by BE Group, which had 496 respondents, found more firms (54 per cent) were expecting to invest in capital, up from 37 per cent in 2015.

Denbighshire County Council will soon be announcing details of its annual March for Business month, a series of free networking, advice and workshop sessions for businesses both small and large.

There will be a wide-range of events covering topics including retail skills, starting a new business, digital skills and how to create a healthier and happier working environment.