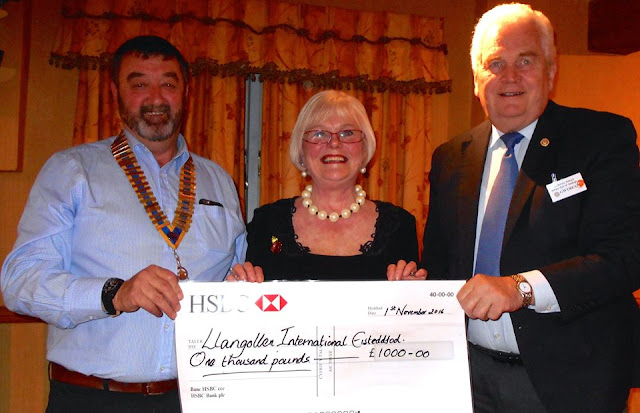 The Rotary Club of Denbigh has made a donation of £1,000 to Llangollen International Musical Eisteddfod in its 70th anniversary year.

The money will go towards the eisteddfod’s bursary fund, which supports competitors from across the globe who require financial assistance to attend and compete at the festival.

"The club has supported the Llangollen Eisteddfod for many years, with many of our members attending every year,” said Rotary Club spokesman John Davies.

“We’re proud to show our support of this iconic festival which is such a large part of the area’s heritage.”

Merle Hunt, competitors liaison officer for the eisteddfod, said: “As a not-for-profit organisation, we rely on donations, sponsorships and support from volunteers.

“We would also like to extend our thanks to the many other Rotary Clubs in the local area that support the eisteddfod, both financially and with the gift of their time as volunteers.

“It is these supporters who make it possible for the eisteddfod to continue each year.”

* For more information and to buy tickets, go to: www.international-eisteddfod.co.uk