Twenty Club holds auditions for The Vicar of Dibley 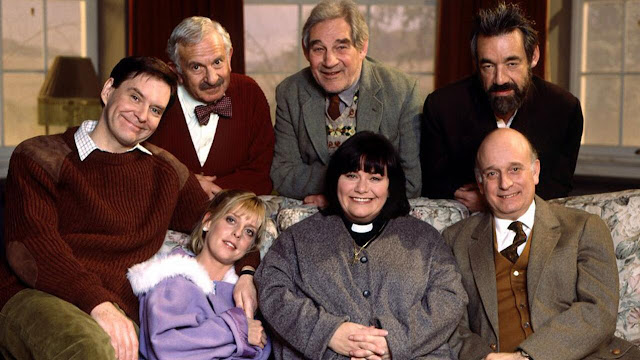 * The TV cast of The Vicar of Dibley.

Following the recent success of Fawlty Towers and Love on the Dole,  Llangollen Twenty Club will be putting on a production of  The Vicar of Dibley this November.


The stage version of the popular BBC series starring Dawn French as the vicar of the rural parish of Dibley, sees several of the TV episodes merged together to create a show full of familiar characters and classic moments.

Roles on offer in the production include Geraldine Grainger (the vicar), Alice Tinker, David Horton and his son Hugo, Frank Pickle, Jim Trott, Owen Newitt and Letitia Cropley, as well as some smaller parts for adults and children alike.

For those who don't fancy treading the boards, there will also be lots of opportunities to be involved in the show backstage on aspects such as sound, costume, props and much more.

Open auditions will be held on July 26 at the Town Hall in Llangollen at 7.30pm.

For an audition pack or to register your interest in working on the show behind the scenes, please email director Lyn Aston, on vicarofdibley2016@hotmail.com

* For more information, visit facebook.com/twentyclub
Posted by llanblogger at 6:38 AM