Town fete shines on through the rain

Once again the Rotary Club has joined forces with the ladies of the Inner Wheel to stage the event at Plas Newydd by arrangement with the historic estate's owner, Denbighshire County Council, whose chair, Councillor Ann Davies, headed the VIP guest list along with the Mayor of Llangollen,
Councillor Mike Adams.

This year, the newly formed Rotary Club of Dee Valley assisted in organisation and fundraising.

The fete is run as part of the community service programme of the three clubs as an event for the town, as well as being one of their most important fundraisers.  Preparation takes much of the year.

From 2pm the fete offered a range of attractions including traditional stalls and sideshows, a bouncy castle and a round-about for youngsters.

Music was provided throughout the afternoon by Llangollen Silver Band and there was also  entertainment from Punch and Judy and a magician plus a guest appearance by Wrex, the Wrexham FC mascot.

Another highlight was a grand raffle with a £100 first prize. 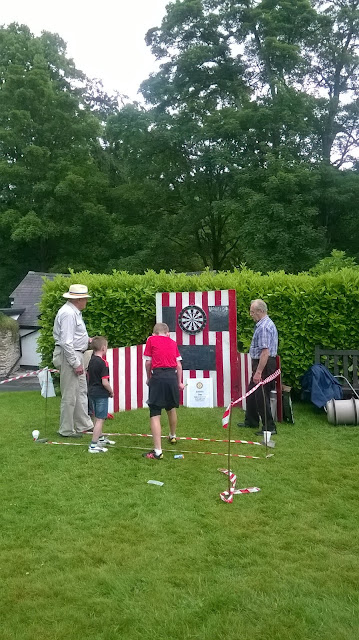 * Many tried their luck on the darts. 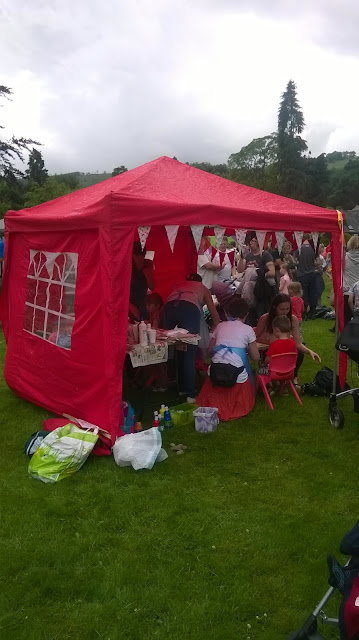 * Face painting was a popular pastime. 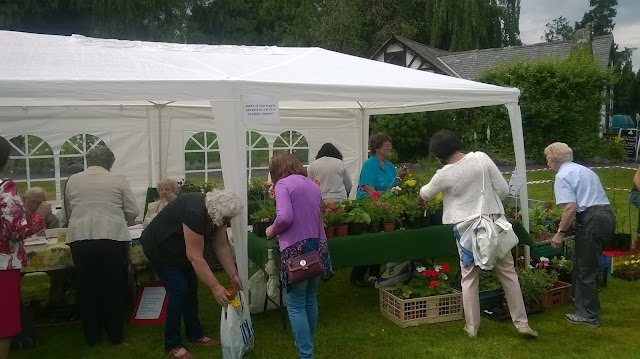 * There was growing interest in the flower stall. 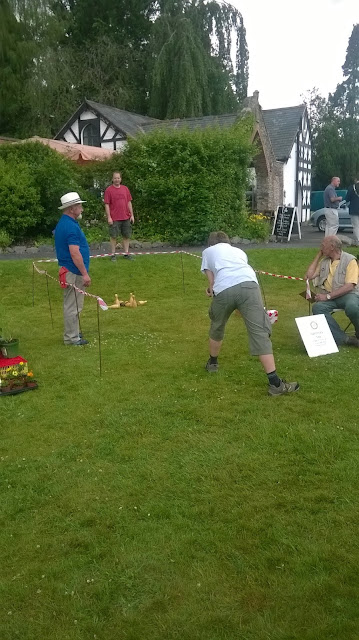 * Skittles was a top crowd pleaser. 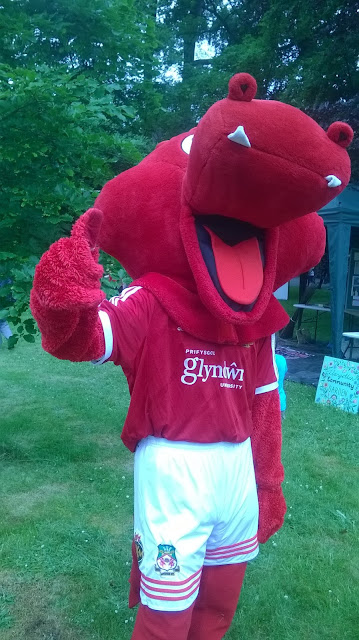 * Wrex, the Wrexham mascot, put in a
guest appearance.
Posted by llanblogger at 5:51 PM