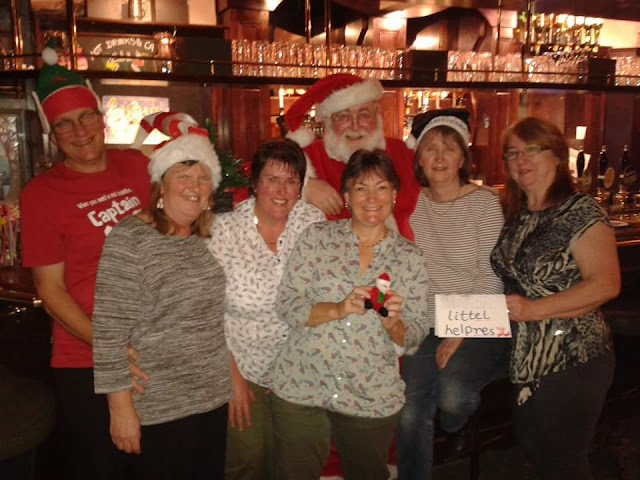 * Members of the Littel Helpers team who won the quiz at The Ponsonby.
Santa has been out and about around Llangollen this week helping raise funds for Wales Air Ambulance.
On Monday night the Narrowboaters who overwinter on the canal around Llangollen, hosted a Christmas party at the Sun Trevor.
Santa joined them and auctioned the secret Santa gifts they had all donated and raised £156

On Tuesday evening Santa’s Magical Christmas Quiz, staged at The Ponsonby, raised a magnificent £200.70.
Santa says he would like to thank everybody who took part  in both events and the Sun Trevor and Ponsonby for  their hospitality.
Posted by llanblogger at 8:41 AM