Don’t travel unless you have to’ is the message this afternoon (Saturday) from North Wales Police, as roads across the region are closed due to heavy flooding.

A multi-agency response is in operation to deal with the flooding, which has led to several road closures and a number of flood warnings being issued. 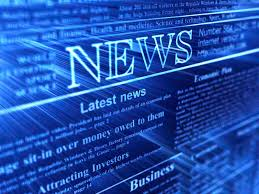 With the ground already saturated heavy rain over the past 24 hours has caused rivers to rise rapidly.

Supt Nigel Harrison said: “There is serious flooding across North Wales and we are advising people not to travel unless it is absolutely essential, and then to allow extra time for journey as driving conditions may be difficult.”

The A55 is closed in both directions between Junctions 11 and 15 due to flooding. The B5109 Llanfaes Beaumaris is closed as is the A5/A470 Junction at Waterloo Bridge. There is also heavy flooding on the A487 Bangor and the road is closed from Vaynol Roundabout up to the St David's Retail Park.

Reiterating the message from Natural Resources Wales he said: “We’re asking people to take care near water and to keep themselves and their friends and family safe.”

There are currently flood warnings in place for river flooding in St Asaph, the Conwy Valley, Pwllheli, and the Lower Dee. However this is expected to rise later today.  There are also 30 flood alerts in place across Wales.

People living in the areas at risk are being urged to take steps to ensure their own safety and as far as possible that of their property. They are also advised to keep an eye on local news and weather forecasts for news of any disruption in their area, and are reminded of the dangers of driving through flood water.

* For updates on road closures in North Wales due to flooding please follow @NWPolice and @NWPControlroom .
Posted by llanblogger at 3:45 PM