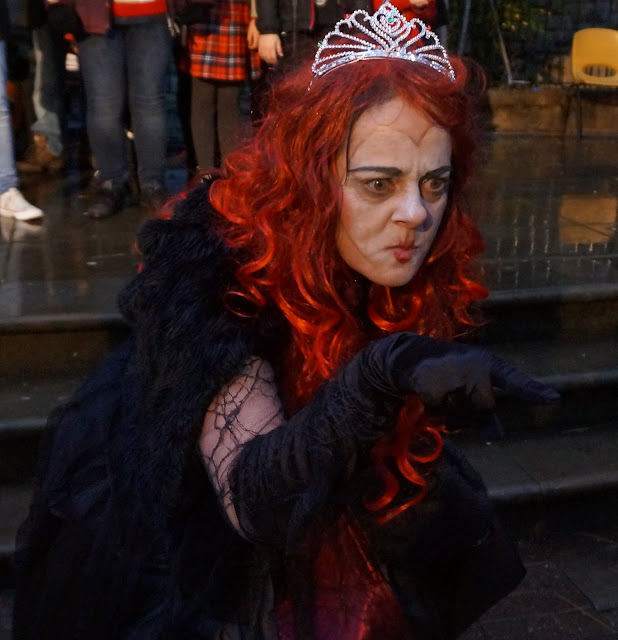 * Justine Bradey as the Queen of Hearts.
LLANGOLLEN Pantomime Group is marking the 150th anniversary of the publication of the story Alice in Wonderland with a spectacular local production.
Rehearsals are well underway for the annual pantomime which will take place at Llangollen Pavilion from Thursday, January 14 to Sunday, January 17.
Billed as the traditional story with a modern twist, the show will include bush-tucker trials and will be accompanied by a live band.
The script has been written by the pantomime’s director, Nico Decourt from Abbey Road, Llangollen.
He said: “We’re delighted to be performing Alice in Wonderland as it marks its 150th anniversary. It’s a story which stands the test of time and brings plenty of opportunities for fun and mischief in the modern pantomime setting.
“The cast and crew are working really hard to ensure the audience enjoys a fabulously entertaining show once again.”
This is the 31st production by the Llangollen Pantomime Group. Whole families regularly participate in the production with parents and grandparents performing alongside their children and grandchildren.
This year’s lead, Alice, is performed by Serena Young who is making her debut in the Llangollen Pantomime.
The show runs from Thursday, January 14 to Sunday, January 17 at Llangollen Pavilion.
Doors 7pm, show 7.30pm, Saturday and Sunday matinee (doors open 2pm, show 2.30pm). For the first time, tickets are available online at https://www.ticketsource.co.uk/llangollenpanto and from Jades Hair & Beauty, Llangollen or Gwyn Davies (Butchers), Llangollen. You can also reserve tickets by calling 01978 860297.
Posted by llanblogger at 8:04 AM