Railcar event at railway this weekend 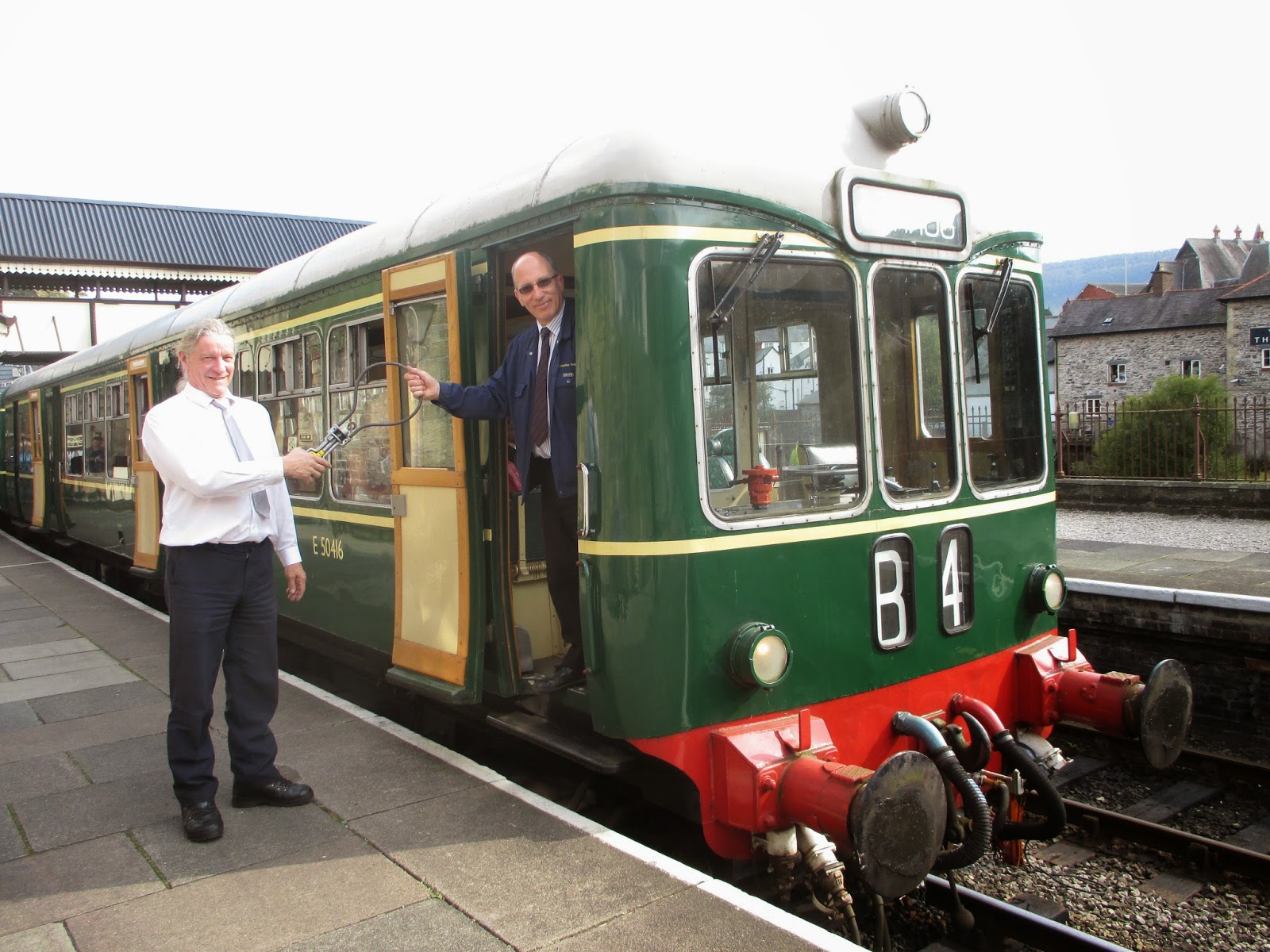 * The heritage Wickham unit and staff at Llangollen when the token
is handed over to allow the train to proceed.

The advent of the railcar in Britain in the 1950s revolutionised rail travel and saw the demise of the steam locomotive.

A special event to mark the 60th anniversary of the introduction of diesel railcars to Britain takes place at the Llangollen Railway this weekend.

The railcar was a two-coach train with its own engines which revolutionised the fortunes of the railways in the 1950s.
It appealed to passengers because of its modern, clean interior and particularly because they could get a “driver’s eye” view of the line ahead through large windows at each end of the train.
Business doubled or even tripled on lines where these railcars were introduced and at the same time costs were reduced to as little as a quarter, compared with the steam trains they had replaced.
The event, which features intense running from four of the Llangollen line’s fleet of railcars, also commemorates the 30th anniversary of the Dee Valley Line obtaining its first redundant railcar from British Railways.
Nowadays these railcars are looked after by a charity, Llangollen Railcars, which is celebrating its 20th anniversary.
Chairman of Llangollen Railcars, Evan Green-Hughes said: “Railcars saved many rural lines from extinction and perhaps had the Ruabon-Barmouth route survived just a few years longer they might have done the same for our line.
"We have operated railcars on the Llangollen Railway for 30 years now and they have enabled the railway to stay open and provide a service at times when it is not economical to provide a steam train. Many people who have not travelled on one before are amazed at the good all round views which these trains provide.”
This weekend’s event will feature a tour of the railcar depot, a photographic evening, talks, film shows and an exhibition.
Delegates from many of the UK’s other heritage lines are also due to attend, as the Railcar Association, the national body dealing with railcar preservation, is holding its annual meeting at the railway on Saturday.
The Llangollen line has an award-winning fleet of railcars, several of which are unique survivors. These include a sister to the railcar which inspired the song; “Last Train to San Fernando”.
Details of the event can be found at www.LlangollenRailcars.com
Posted by llanblogger at 10:52 AM