The UK Government’s welfare reductions are cutting £1bn from the Welsh economy, the equivalent on £590 for every working adult in Denbighshire, new research by the respected Sheffield Hallam University shows.


In a speech to Plaid Cymru’s annual conference in Llangollen yesterday (Saturday), Mabon ap Gwynfor, the party’s candidate for Clwyd South, cited the report and said: “We want more than a change of government, we want a complete change of direction – none of the London parties are offering that."
He called for a programme of investment in communities such as Clwyd South in order to create jobs and a better quality of life. 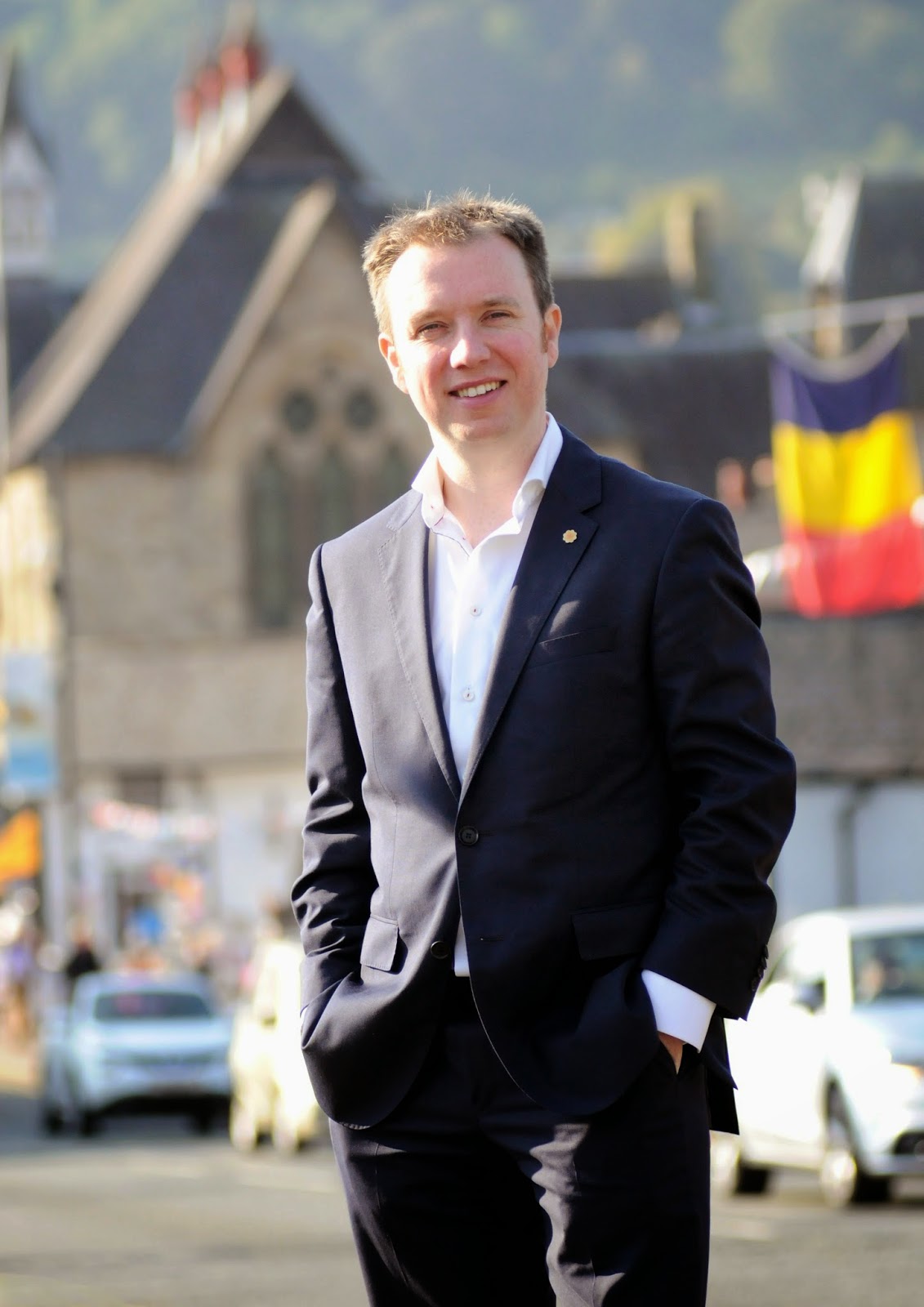 Mabon ap Gwynfor (pictured right) told delegates at the conference said:  “Instead of investing in job creation to strengthen the economy and generate more wealth, the Government is choosing the slash and burn option, hurting our most vulnerable and deprived. This lessens the life chances of thousands of people, making life even harder for them, but it takes a huge chunk of money out of the Welsh economy, resulting in more job losses, more poverty and greater dependency.
“Arguing that austerity is a programme of cutting public expenditure back to what they disparagingly refer to as ‘within our means’ is just smoke and mirrors. If they have enough money to maintain and develop a new generation of Nuclear Weapons; if they can build a brand new superfast train line from Leeds to London; if they can afford to let £85bn in unpaid tax by corporations and millionaires leave our economy, then they can afford to ensure that everyone has a decent standard of living, with a roof over their heads.
"By cutting Trident and HS2 alone, every council in Wales would on average have an extra £17million a year to safeguard frontline services.”
Mabon ap Gwynfor added: “We need to invest in our people and communities. Business rates are crippling many of our smaller businesses. Plaid Cymru would take 70,000 businesses in Wales out of business rates altogether; we would ensure public contracts go to local business to create 50,000 local jobs; and we will fight to ensure a living wage for all. Because we believe in the potential of our neighbours and communities. We see them as our nation’s most valuable assets.”
Posted by llanblogger at 8:23 AM