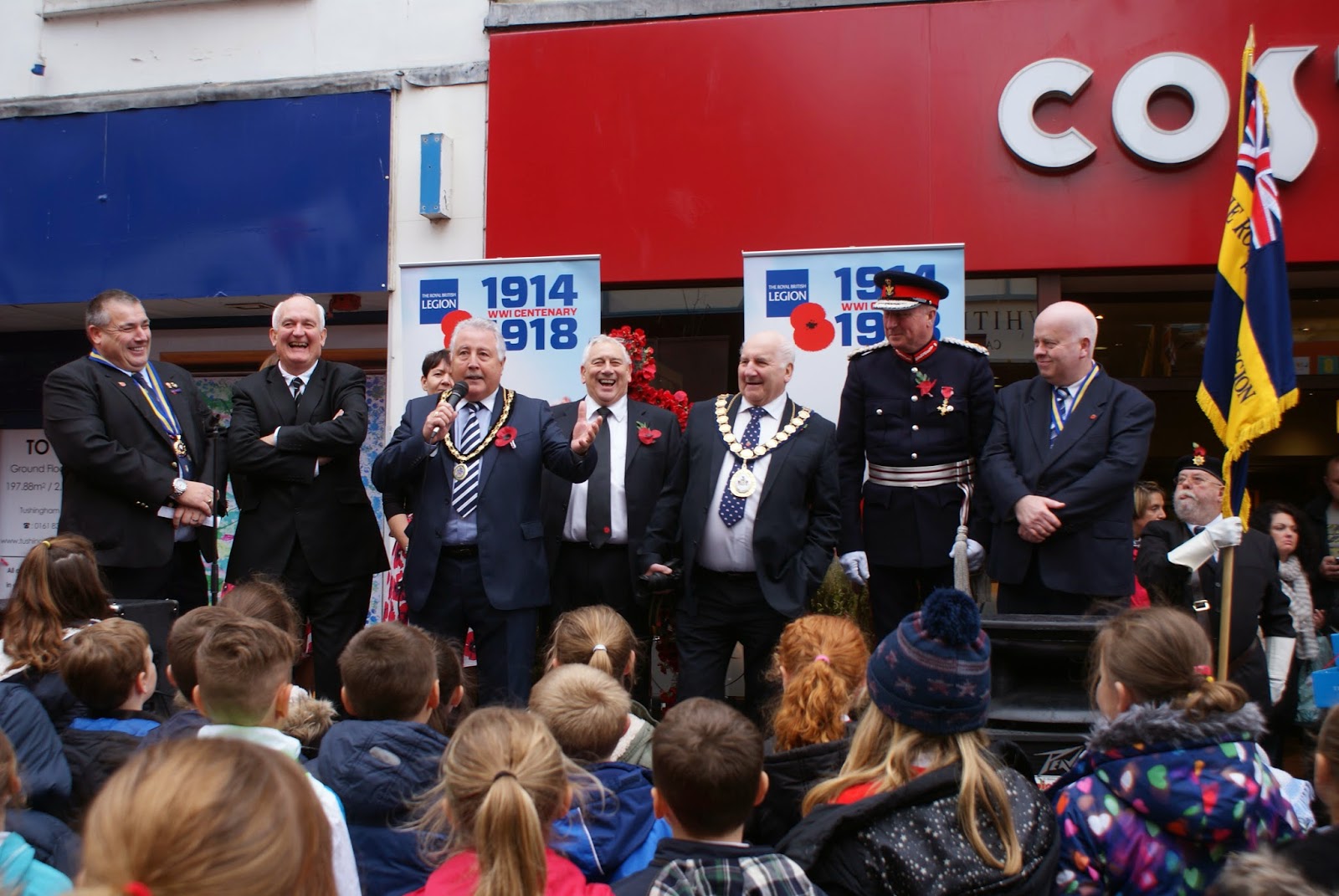 * The Lord Lieutenant and civic leaders at the Poppy Appeal launch in Rhyl.

Officials of the Llangollen branch of the Royal British Legion recently attended the official launch of the annual Poppy Appeal in Rhyl.


Hosted by the legion’s Rhyl branch, a highlight of the event was the release of 100 red balloons in the town’s High Street to mark the centenary of the RBL.
With the Lord Lieutenant of Clwyd, Henry Fetherstonhaugh, performing the official launch assisted by the chair of Denbighshire County Council, Cllr Brian Blakeley, the event also featured displays by the Army’s Royal Electrical and Mechanical Engineers and Royal Logistical Corps along with the police and ambulance service.


Children from local schools were amongst the large crowd who turned out to watch the event.

Music was provided by the Beulah Brass whose bugler sounded the Last Post and Reveille.
Posted by llanblogger at 7:02 AM