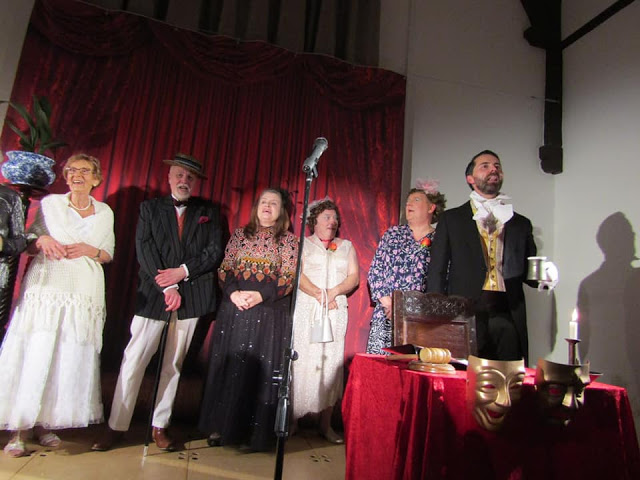 * The Collen Players are streaming their latest show live on Facebook tomorrow at 7pm.

Unable to perform in front of an audience because of coronavirus crowd restrictions, a group of old time music hall fans in Llangollen have come up with a high-tech way of letting people see their next show.

Llangollen Players was formed late last year by the town’s vicar Father Lee Taylor, who himself is a big music hall enthusiast, to revive the Victorian-style of entertainment.

So far they’ve donned their period costumes to present three sell-out shows in the Community Hall which is always dressed for the occasion to recreate the atmosphere of a turn-of-the-century theatre.

The Players’ fourth production was supposed to be on May 1 but when they realised there was no way they would be able to perform to a live audience because of government advice on the infection risk of large crowds they decided to do it online instead.

And so tomorrow (Wednesday) at 7pm seven of them will perform live from their own homes with the complete show being streamed  live on their own Facebook page, The Collen Players https://www.facebook.com/collenplayers/

Father Taylor, who acts as on-stage chairman for the shows and also performs comedy songs in them, said: “When it became clear we wouldn’t be able to get ahead with our May 1 show in front of our usual audience we got together and decided the best way was to stream something live instead.

“We’re going to do it a month earlier than planned because I expect quite a number of our regular audience will by that time be self-isolating and we’re aiming to cheer them up best we can with our show.

“We were originally planning to do the show by coming into the Community Hall and performing while we observed the strictest social distancing rules.

“But then came the lockdown and we had to think of something different. So, instead, we’ll each be doing our acts from home on Facebook in real time.

“It’s been a bit of a technical challenge putting it all together but we think we’ve cracked it and it should be a fantastic show.

“It will be a shorter performance than usual, with songs and monologues and things like that, and we hope that the show will bring a little happiness in all this gloom surrounding coronavirus and that as many people as possible will tune in to see it.” 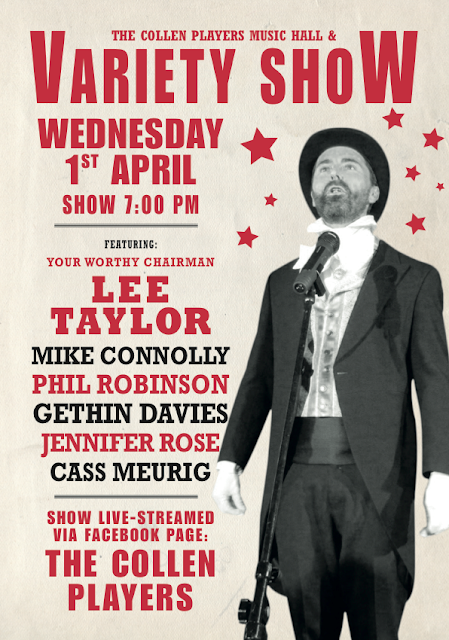