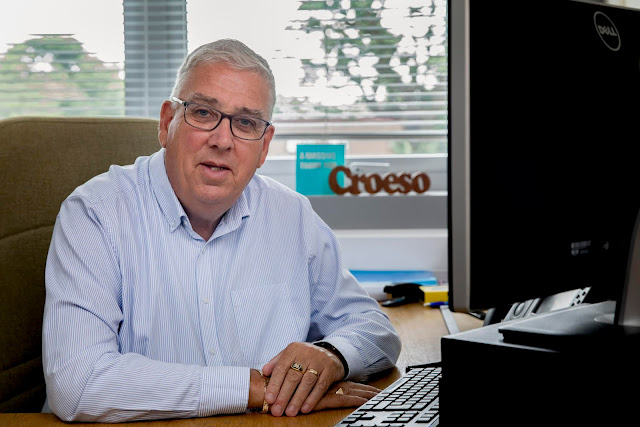 A police boss is warning people in North Wales to beware of heartless scammers using the coronavirus pandemic to prey on the vulnerable.

Already over £800,000 has been stolen across the UK by fraudsters cashing in on fear generated by the unprecedented outbreak but North Wales Police and Crime Commissioner Arfon Jones (pictured) is determined to clamp down on the cheats.

He said: “These are heartless criminals seeking to make money out of what is a worldwide crisis by preying on people’s fear and concern.

“We have seen from public order incidents in supermarkets just how desperate people can become and these criminals are trying to cash in.

“People are panicking when they see a deal on the internet and they go for it without checking it out.”

The National Fraud and Intelligence Bureau has identified 21 reports of fraud linked to the coronavirus outbreak since February, ten of them from people who tried to buy protective face masks from fake sellers including one victim who lost £15,000.

Another common tactic used by the fraudsters is to contact victims by email purporting to be from research organisations affiliated with the centres for disease control and prevention (CDC) and the World Health Organisation (WHO).

The fraudsters claim to be able to provide the recipient with a list of people infected with the disease. In order to access this information, the victim needs to click on a link which leads to a malicious website, or is asked to make a payment in Bitcoin.

Mr Jones, a former police inspector, is setting up a new Economic Crime Unit to crack down on fraudsters and has provided funding to pay for a dedicated officer to support fraud victims.

He said: “Fraud is a particularly heartless and unpleasant crime which so often preys upon the vulnerable and the isolated in our society and can have a traumatic impact on its victims.

“Using those people’s understandable concerns when the country is in the throes of an unprecedented epidemic is particularly cruel and it leaves many people too embarrassed and ashamed to admit what has happened.

“What’s worse is that once someone has been defrauded, especially if they’re vulnerable, they are often victimised again as if they are on some fraudsters’ database.”

“We are seeing an increase in the number of fraud cases, not just in North Wales but across the UK.

“The victims, are often elderly and as we know the virus is especially deadly among the over 70 population and they are being targeted specifically, essentially groomed over a series of telephone calls, and having money taken from them and loans taken out in their names.

“It’s the worst kind of crime because the victims have worked hard all their lives and saved all their money only to see it disappear after sometimes a couple of phone calls.

“If it sounds too good to be true it probably is and that’s the message that needs to go out.”

Action Fraud has provided a list of helpful tips to beat the scammers, including watching out for any messages likely to be a con.

The spokesperson added: “Don’t click on the links and attachments in any suspicious emails and never respond to any unsolicited messages and calls that ask for personal and financial details.

“When shopping online carry out some research first or ask for advice before making a purchase from a company or person you don't know or trust. Use a credit card if possible, as most major credit card providers insure online purchases.”

* If you have been the victim of a fraud you can report it to Action Fraud via the website, www.actionfraud.police.uk or by ringing them on 0300 123 2040
Posted by llanblogger at 4:35 PM