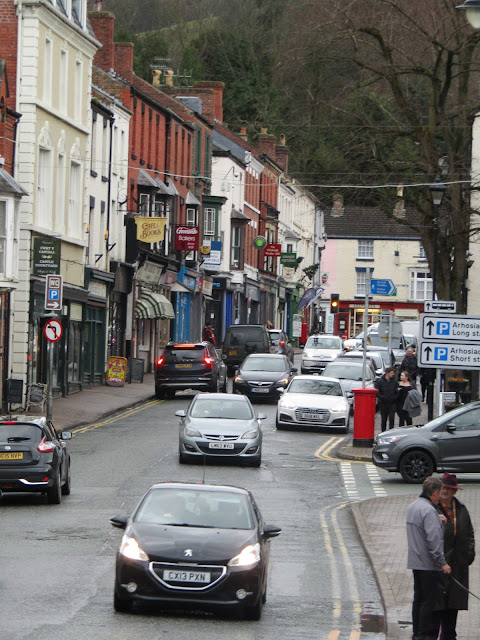 Businesses in Llangollen have voted against a Business Improvement District (BID).

A total of 49 eligible businesses voted against adopting the scheme to enhance the town by charging a levy on those with a rateable value above £2,500.

As only 39 cast their votes in favour for the BID, this didn't achieve the 50% majority required for the scheme to go ahead.

According to voting figures just released by the county council, the total number of votes cast in the ballot, excluding any given on ballot papers rejected was 88.

The scheme aimed to boost the area’s trading potential by raising extra cash on top of their rates to pay for projects over and above what the local authority would finance. This would include marketing and promotion and parking.

The intense battle over the BID led to the resignation recently of town councillor Andy Andy Beech who was staunchly opposed to it.

Graham Timms, the Llangollen county councillor who was in favour of the BID, said: ﻿“Whilst I am disappointed with the result, under the current circumstances it is probably not the most important issue on people's minds.

"However, I'm sure that there will be an opportunity to discuss the underlying reasons for the rejection of the BID in the coming months.”

Former town councillor Karen Edwards, who led a campaign against the BID, said: "I was never convinced that a BID was the way forward for this unique town.

"I feel enormously relieved for all the small businesses here that were extremely concerned about their viability, especially give the current coronavirus crisis.

"I spoke to enough of them so I was fully aware of their concerns." 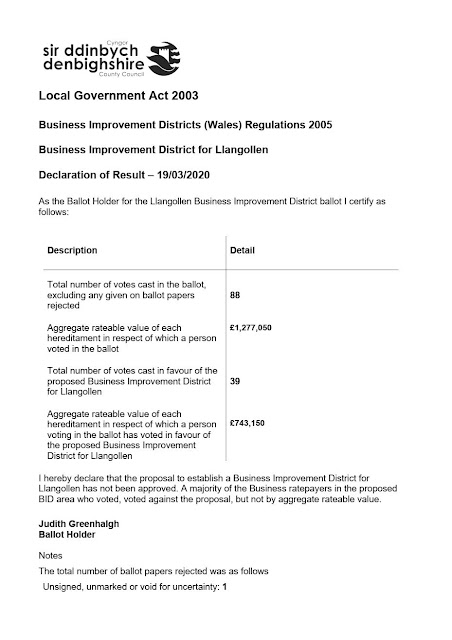