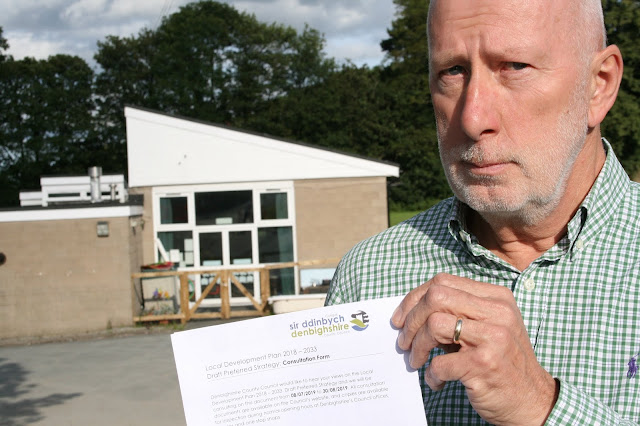 Assembly Member Ken Skates has backed residents campaigning to stop the building of new homes on the site of Llangollen Youth Club and its neighbouring football pitch.

The Clwyd South AM, who is based in the town, has written to Denbighshire County Council chief executive Judith Greenhalgh to call for the site to be withdrawn from the authority’s list of 11 proposed plots for new houses.

Mr Skates has also formally objected to the site being offered for housing in the council’s new Local Development Plan – and say he will help campaigners fight the plan ‘all the way’.

“I have written to the council's chief executive to raise my concerns and ask for the removal of this site from the plans,” said Mr Skates.

“A lot of local people are already concerned about the over-development of the area and worried about how it will cope with the 95 new homes currently being built across the road from the youth club, and I fear the council has misjudged this. I hope my constituents will be listened to.”

Mr Skates added: “Green spaces and sports fields are at a premium in our communities and people do not want to stand by and do nothing while one of them is wiped off the map. Residents have already signalled their intent to fight these plans all the way, and along with local county councillors Graham Timms and Mel Mile I will support them however I can.”

Mr Skates said he was extremely concerned that Cllrs Timms and Mile were not consulted on the plans before they were published.

“Graham and Mel have come in for unwarranted and unfair criticism over this because people think they’re on board with the council’s idea, which they are absolutely not,” he said.

“Both have made it clear they oppose this site being used for housing for a number of reasons and I support them.”