Go-slower Volvo gets the electrical buzz 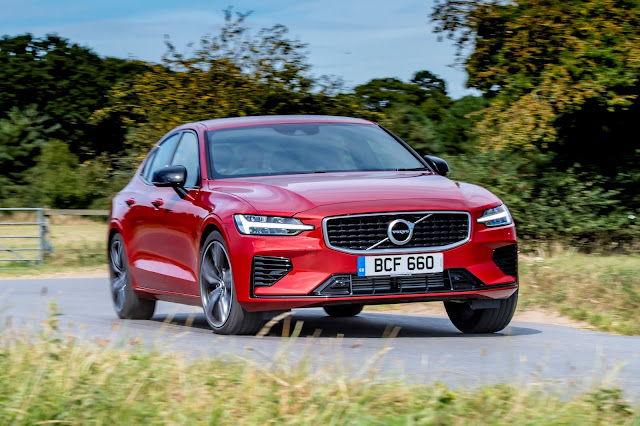 Volvo is on a mission to make driving safer and cleaner.

The buzz word at Volvo is electric. It is already the first manufacturer to offer plug in hybrid versions on its entire seven model range and new UK managing director Kristian Elvefors told me the company's target is for half its sales to be fully electric by 2025.

On the safety front the top speed of all its cars will be limited to 112mph from next year. Most Volvos are in the 130-140-mph bracket with some capped at 155mph. Elvefors said they want to send a 'strong signal about the dangers of speeding'.

Given our 70mph speed limit that should not worry drivers and the cars will still have the same acceleration.

In the case of the new S60 T8 60mph comes up in under five seconds but the Swedish company is still hell bent on safety and the latest innovation is for sensors to alert the driver to any lack of concentration and even bring the car to a stop in the most extreme case.

The rise of Volvo has been phenomenal from an insignificant player in the premium sector to one that is ruffling the feathers of the establishment, very much like Audi which rose from nowhere in the nineties to leader of the premium pack before the dieselgate scandal spoilt the party.

The Swedish company has seen five years of continued growth selling more than 50,000 cars last year and this year is looking like another record in the UK with sales up 27 per cent in a market that is still on the slide.

Electrification of its models is leading the charge with new hybrid engines for the XC90 being rolled out across the range. There will be plug-in hybrid versions for S60 and V60 with the XC40 debuting as the first fully electric Volvo next year.

As for the cars Volvo has created some of the most stylish and luxurious models in the premium sector and has the likes of Land Rover, Mercedes-Benz and Audi wondering what is coming next.

The XC90 is as plush as a Range Rover but with a greater wow factor thanks to the minimalist design and delicate Swedish textures. The dashboard is dominated by the vertical tablet style multi media centre which I still find a real handful to work out.

Drivers need to learn the ins and outs of this system otherwise it can be a big distraction while driving. I stay away from it when underway preferring voice control for everyday functions like selecting a radio station, changing the heating settings, although that job is pretty easy, or asking for sat-nav guidance.

Even though Volvo has a huge commitment to safety it can still spice things up and the place to find that is behind the wheel of the new S60. This is the first Volvo to really challenge the red hot BMW, Mercedes and Audi models setting up the Polestar performance division.

The Polestar tuned S60 will be here soon but in the meantime the all wheel drive T8 plug-in hybrid is hardly short on excitement. With 390bhp on tap - 303bhp from 2-litre petrol and 87bhp from the electric motor - the T8 can hit 62mph in 4.6 seconds, only two tenths of a second behind the Polestar tuned S60.

If S60 was my drive of the day my car of the day was the more modest XC40, Volvo's newest and smallest SUV. This has an entry level three-cylinder 1.5 litre petrol engine which has been upgraded to 163bhp, a lot of power for a small engine and like all modern three-cylinder engines it is refined with a punchy response at very low revs.

Like the rest of the range it is packed with safety features, has the standard 9 inch tablet style touchscreen, and comes with a choice of diesel, petrol and petrol hybrid engines.