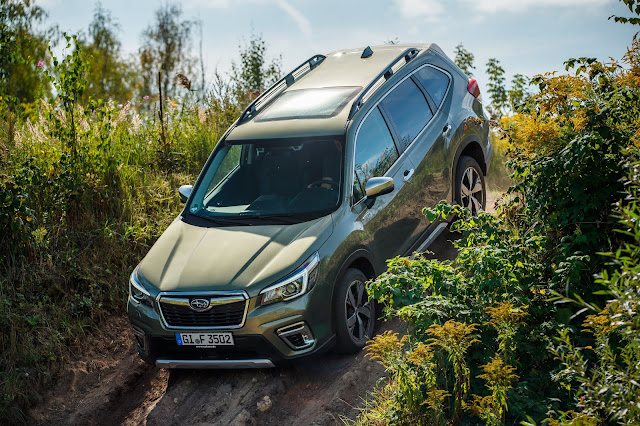 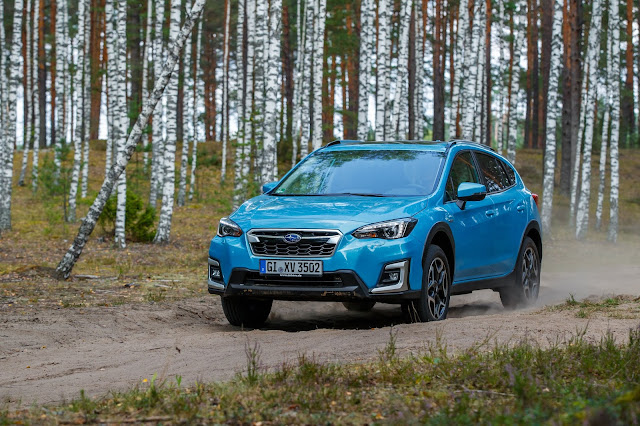 The idea of turning Subaru into the fastest growing brand in the UK with a yearly sales target of 10,000 cars by 2022 sounds little more than wishful thinking.

Here is a company virtually anonymous in the UK - sales in 2017 were a paltry 2679 - but half an hour with Torbjorn Lillrud would have you believing the world is flat.

Lillrud has taken over as group director for International Motors, the Midlands company responsible for distributing Subaru cars, and he has been tasked with achieving this formidable target.

The Subaru guru is both passionate and blunt when delivering his spiel. "The car is not the problem. We have not done a good job."

Why is he so confident that he can turn things around? Because he has done it already in Sweden, Finland, Denmark, Latvia and Lithuania.

His message is "Subaru has changed." No longer a company for rally enthusiasts and petrol heads, the focus is on family and people with lifestyle pursuits.

The point is well made. Ask anyone to name a Subaru model and they will either fail or say Imprezza, the saloon car famed for its outrageous performance, deafening exhaust rap and huge boot spoiler. Now the spotlight will fall on the XV crossover and Forester SUV.

The recovery has started with sales last year up to 3242 and a target of 3,600 for this year, still low but progress is progress.

New product helps progress and the headline news is hybrid power for XV and the new Forester. The e-Boxer is a 150bhp 2-litre petrol boosted by a 13.5kW electric motor to sharpen performance, bring down emissions and improve economy. It is now the mainstay of the range replacing the diesel which was dropped because it did not comply with the latest emissions regulations.

Subaru took us to Latvia to drive the new models, an odd place I thought until I learned that it is one of the Nordic countries where Subaru's reputation has soared since Lillrud waved his magic wand.

Here some of the public roads are unmade with lose gravel surfaces so ideal for testing the off road capabilities of XV and Forester both of which have the famed symmetrical all wheel drive system.

The fifth generation Forester is new from the ground up although the overall shape is pretty much unchanged. That said it is lower, longer and wider, and extra width has also been applied to the rear doors for easier access while the tailgate aperture has been increased by 10cm so more boot space and easier loading.

That is just part of the story. The best place to test the difference between old and new is a circuit and that's what we did.

Chalk and cheese, black and white come to mind having torn up the track in both cars. New Forester is streets ahead in the key areas of handling and steering. Body control is on a different level and the steering quicker and more precise. In real world driving with the family on board the big difference is comfort, and to a lesser degree the generous back seat legroom.

Performance is adequate as opposed to sparkling but the electric motor sharpens response at low speed and will certainly improve fuel economy in town driving where it can travel on electric power over a short distance. At higher speeds the engine recharges the battery for the motor.

Even so the addition of the hybrid will not offset the economy advantages of a diesel.

This is also the safest Forester ever with the Eyesight system now able to apply emergency braking going forward and in reverse as well as detecting side obstacles. Facial recognition technology is a new feature detecting fatigue in sagging eyes and giving an audible warning if gaze is diverted from the straight ahead for more than a few seconds.

This piece of wizardry will also identify the driver on entry and select the preferred seating position, door mirror angles and air conditioning preferences so no need to reach for the seat memory button.
Although new Forester has come on leaps and bounds and is still Subaru's biggest seller here, the smaller XV has to be halo model if only because that is where the majority of sales are going. Its trendier styling is more appealing and the e-Boxer technology brings it into line with the growing number of hybrid rivals.

The interior looks more upmarket and is now colour coordinated with orange and copper tones while an 8inch touchscreen is the centre for multi media and navigation supported by a smaller inset screen showing clear navigation instructions or the state of play with the hybrid system.

The 2-litre e-Boxer is quicker here compared to the heavier Forester and this XV had a far more settled, comfortable ride than the 1.6 litre XV I drove last year.