Feast of food and fun at the Co-op 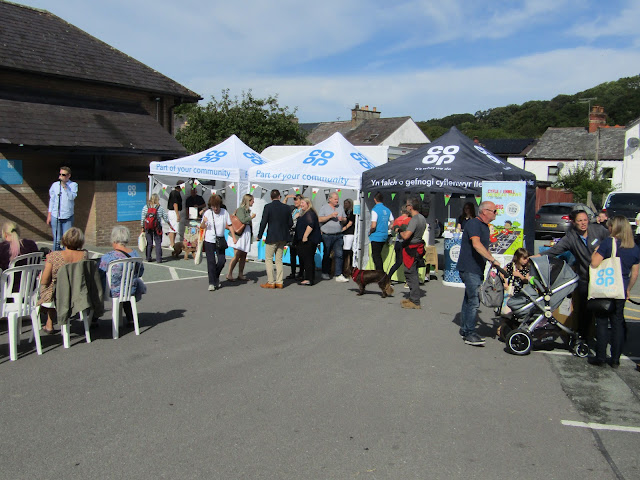 * Visitors look around the food and drink stalls. 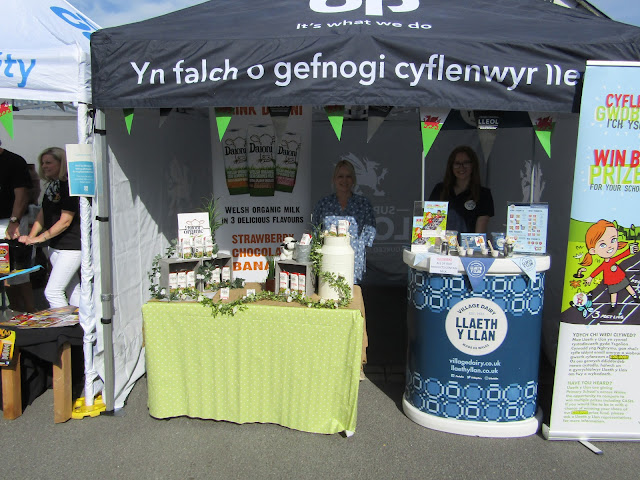 * Two of the exhibitors on their stalls.

A selection of Welsh produce was served-up by the Co-op’s Llangollen store as it hosted a celebration of food and drink this morning (Saturday).
The free event took place in the car park of the Regent Street store and members of the community were invited to sample products from Co-op’s Welsh suppliers including Conwy Brewery, Daoini, Edwards of Conwy, Llaeth Y Llan Village Dairy, Radnor Hills, Village Baker, Welsh Lady Preserves, Wild Trail and Wrexham Lager.
The store, which re-launched in May this year after a £500,000 investment, also welcomed local singer Shea Ferron who performed a selection of songs which are featured on his first CD collection, out this week.

Later, Llangollen-based chef Jack Hatley prepared a selection of dishes and offered recipe suggestions.
The family-friendly event also included activities for children, including face painting.
Mandy Hughes, manager of the Llangollen store, said: “We were delighted to welcome a flavour of our Welsh suppliers to our store, providing a taste of the great food and drink which is produced in Wales.
“We have had a great response since we relaunched the store in May. The investment was a great way to mark the Co-op’s 175th anniversary year."
Posted by llanblogger at 2:29 PM