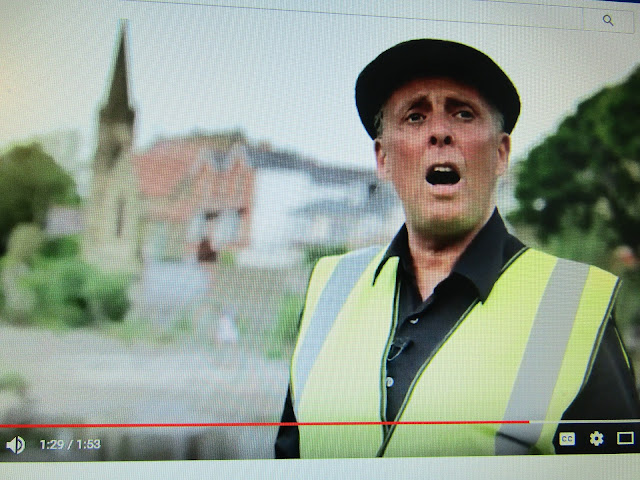 * The talented "workman" belts out Calon Lan in Welsh on the film. 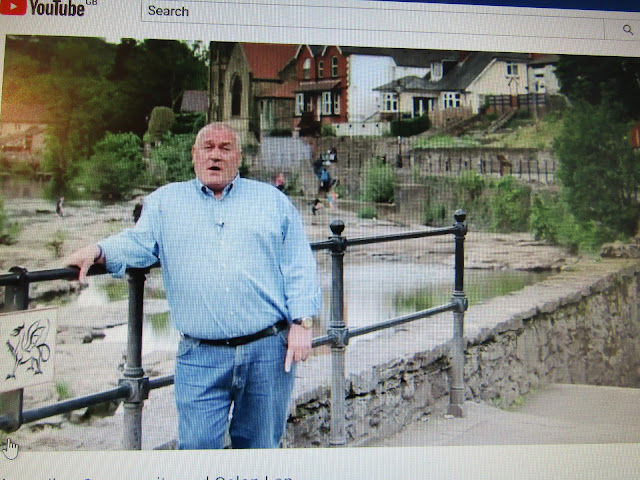 * Linguassist MD Graham Paton outlines his singing project
on the video now causing a social media stir.
A Llangollen business has pledged to make a donation to the new Centenary Square project in return for local people singing to welcome the world to the town.
As sponsors of the Van Morrison concert at this July’s International Eisteddfod, languages firm Linguassist is making a charity film and inviting people from the community to come together to sing the classic Welsh song Calon Lan.


But in keeping with the global spirit of the eisteddfod, where “Wales welcomes the world”, this will be a multi-lingual version of the song, with Linguassist in return making a £1,000 donation to the Centenary Square project which will eventually include a re-sited war memorial.
Company managing director Graham Paton was in Riverside Park recently to make a short film outlining the idea, and said: “I love this town and I love the talent in this town. To show off Llangollen’s talent we’re doing a global version of Calon Lan and making a donation to the new town memorial.”


As the camera rolls Mr Paton is interrupted by a high vis-coated workman who first politely points out that he has mispronounced the song title and then starts to a sing a powerful version of Calon Lan in Welsh.
Clearly enjoying the rendition Mr Paton urges him to carry on as “we have a film crew here”.


The man - who may not actually be who he appears to be – then ends the song to warm applause and bashfully carries on with his work.
The film is already creating a stir on YouTube via social media and you can watch it at https://youtu.be/kJMYQo9CPkI


* For more details about the singing project, email: michelle@linguassist.co.uk
Posted by llanblogger at 7:35 AM