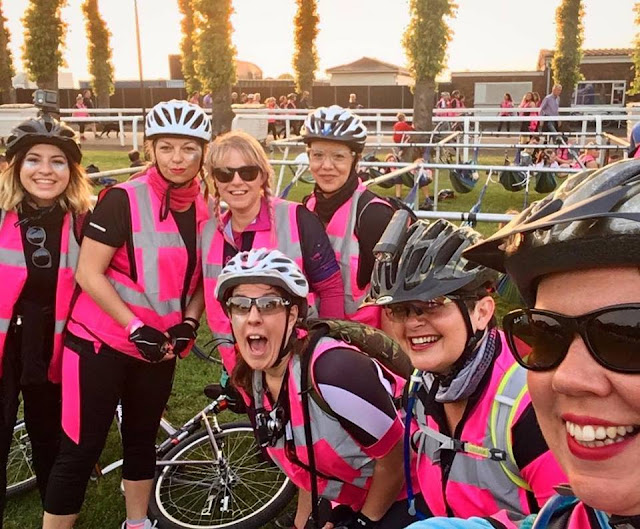 
Team member Tracey explained: “Just over 12 months ago we decided to do something challenging, inspired by our friend Louisa Jones’ previous charity rides in India and Cambodia.
“Action for Charity organises several cycling challenges both internationally and across the UK to raise money for these three fabulous cancer charities.


“So at 9pm on Saturday evening we set off from Windsor Race Course to complete the 104km cycle into central London and back.
“All started well on a lovely early summer evening, however at just 15 miles in the weather took a turn for the worse.


“We were treated to the most electrifying thunder storm display followed by an epic torrential downpour for several miles. Roads flooded and cars struggled to cope with this onslaught but we battled on bravely with virtually nil visibility.”
Tracey added: “The rain eventually subsided in the early hours leaving us all tired, wet and very cold but all seven finished the course within six to seven hours despite the odds.


“The overall event raised in excess of £1.5 million. The girls are exhausted but very proud of what they achieved.
“We would all like to thank everyone who has donated to this fantastic charity event and its causes but we also wish to express our gratitude to partners, husbands and family members for their amazing support.” 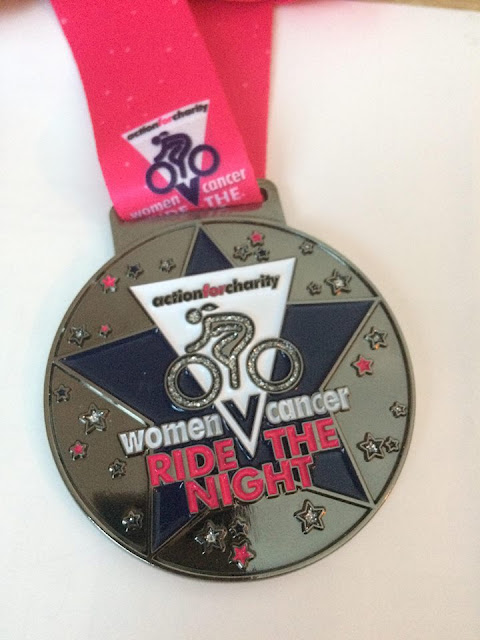 * The finisher's medal they each received.
Posted by llanblogger at 10:14 AM