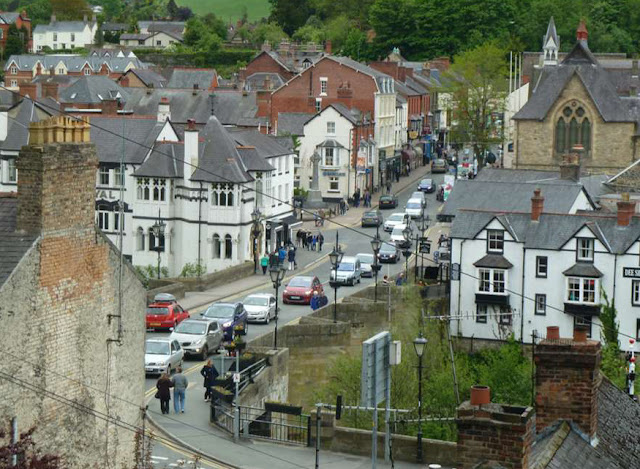 * How a busy Castle Street looks at present. 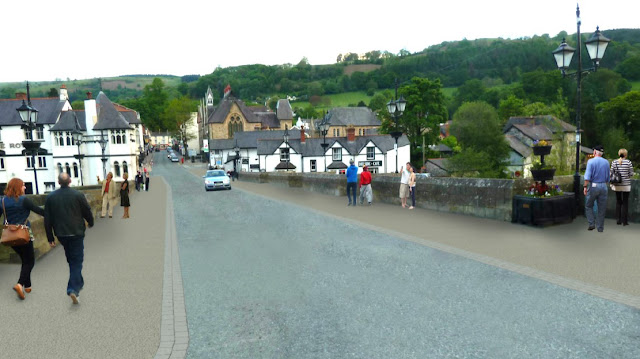 * An artist's impression of how Castle Street could possibly look in the future.

At the Denbighshire County Council cabinet meeting today (Tuesday) members were asked to  agree  how  Denbighshire  should  use  its  allocation  of £1,204,380  from  the  £30m  Highways  Refurbishment  Grant recently  announced  by  Welsh  Government.

Four plans were put to the cabinet and Llangollen's Castle Street was awarded £500,000 of the total.

This supports the work of a joint working group set up by Llangollen's two county councillors, Graham Timms and Melvyn Mile, and Llangollen's Chamber of Trade and Town Council.

The working group, which has been meeting since October last year, has been looking for ways to solve parking and traffic flow, two major problems in Llangollen town centre.

Grant funding has been received from Cadwyn Clwyd.

Cllr Timms said: “We're delighted that this scheme has been given such a huge boost. The £0.5 million will be used to attract other major funders to contribute to a major overhaul of the town centre, expected to cost over £2 million.

"The cabinet has recognised the determination of the working group to tackle the problems of the town and to make the environment on Castle Street more suited to its place at the heart of the Dee Valley and Area of Outstanding Natural Beauty.

"A consultation will take place during the latter part of June where locals, businesses and visitors will be given the chance to share their opinions and ideas on how our town can work better for everyone.”

Posted by llanblogger at 3:12 PM