Call goes out for joint campaign on clean streets 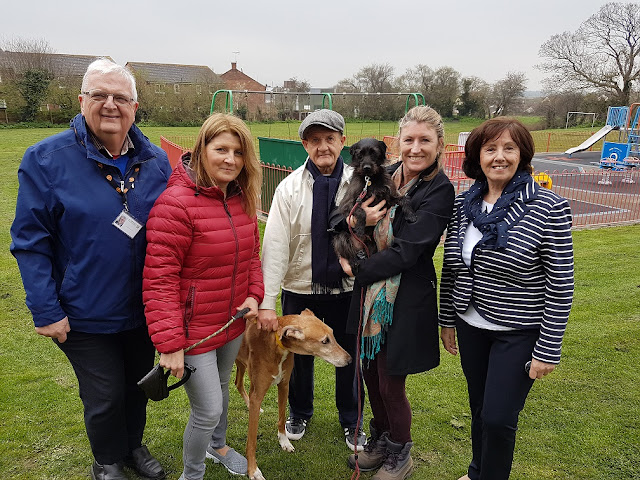 Residents of Rhuddlan are calling on other communities across Denbighshire to work together to keep the county’s streets clean.

Denbighshire County Council has been implementing a long-running campaign to tackle dog fouling and environmental crime within the county, with a key focus on education and prevention, as well as enforcement action against those individuals who fail to clear up after their dogs.

Prevention activities have included direct engagement with dog owners about the council’s approach, handing out bags, spraying dog foul with yellow chalk to highlight problem areas, the introduction of yellow glow in the dark signs to deter would be offenders and high visibility patrols.

Rhuddlan residents have come together to tackle the problem in their town and are now calling on the rest of Denbighshire to support the campaign.

Councillor Arwel Roberts said: “There are parts of Rhuddlan still seeing dog mess not being picked up, we’re not perfect, but there has been a large increase in people picking up after their dogs within the town and surrounding areas. The residents of Rhuddlan and Denbighshire County Council need to be congratulated on the work they have done in keeping the streets of Rhuddlan clean for everyone.”

Councillor Ann Davies said: “We are now calling on other towns in Denbighshire to follow our lead and always pick up after their dogs and dispose of their dog mess appropriately. It’s very important to keep dog mess away from all the areas highlighted in the PSPO. If a child comes into contact with dog mess it can cause serious health risks, so this campaign is very important. The people of Rhuddlan are working hard to keep their town clean and we want to thank them for all of their hard work.”

The county council want to remind dog owners across the county that under the county-wide Public Spaces Protection Order, dogs are prohibited from all maintained, marked sports areas such as football and rugby pitches in Denbighshire, multi-use games areas, children’s play areas and certain stretches of beaches.
These areas are clearly marked with signs and those who fail to comply with the law could be issued with a fixed penalty notice. Dog owners are also expected to clean up after their animals in any other public space in the county.
Councillor Tony Thomas, Cabinet Lead Member for Housing, Regulation and the Environment, said: “The majority of people act responsibly and clear up after their animals. They also take heed of signage that prohibit people from taking their dogs on certain areas of land. We thank them for their co-operation. However we continue to find that some individuals clearly ignore the message.
"They do not seem to realise the negative impact that dog fouling has on the local community and its potential implications on people’s health. Residents tell us that they want us to tackle problems with dog fouling. Unfortunately we are having to repeat the message again. Please work with us to clean up the county – for everyone’s benefit.”
Posted by llanblogger at 6:30 AM