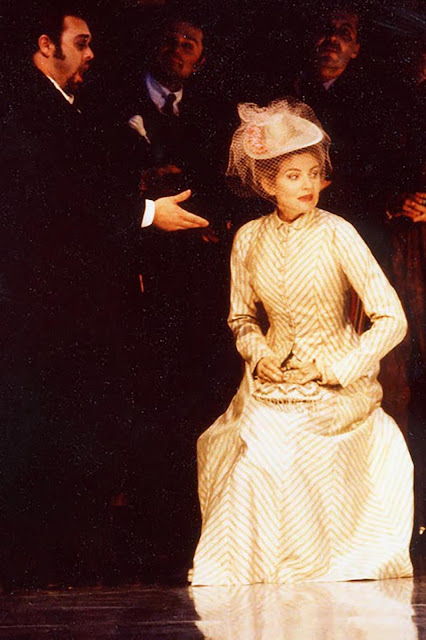 An orchestra is joining forces with global operatic star Anne Williams King (pictured) to launch the New Year with a sensational Viennese gala concert in the heart of Wrexham.

It is the first ever collaboration between NEW Sinfonia orchestra and the North Wales Opera Studio, founded by international soprano Anne and her husband, professional tenor David Bartleet.

The glittering event, at St Giles Church at 3pm on January 2, will showcase arias from classic operas including La Boheme, La Traviata, Die Fledermaus and Turandot.

NEW Sinfonia conductor Robert Guy promises ‘a perfect partnership’ of the most talented young instrumentalists and singers arising out of North Wales today. He said: “It’s an exciting coming together of two organisations which each have the potential to make musical history.”

Anne’s career has taken her all around the world from South Africa to Japan, Australia, the USA, Canada and South America.

She has wowed audiences in key roles with The Royal Opera Covent Garden, Glyndebourne, Deutsche Oper am Rhein and Niedersächsische Staatsoper Hannover, Germany, and at Teatro Verdi Trieste, Italy.

She said: “NEW Sinfonia and North Wales Opera Studio are of like minds. We both champion outstanding new talent.

“When Rob asked me about doing a joint concert I had no hesitation. It is the ideal fit for us. NEW Sinfonia is highly acclaimed and my students feel honoured at the chance to perform with such quality musicians.”

Having been based in London for a large part of her career, Anne is originally from Pen-y-cae and moved back to North Wales a few years ago to be closer to her elderly mum.

She launched the non-profit making North Wales Opera Studio in Llangollen in 2015 to provide  enhanced training for aspiring opera singers.

She said: “We offer intensive courses, not just in singing but in the stage craft which is so much a part of opera. We run each course over a period of days, building up to a live performance of a scene from one of the great iconic operas, which we perform at the end of each course.

“The performances usually take place at the English Methodist Church, Llangollen, where we rehearse,  but in summer my students also had the honour of performing at Llangollen International Musical Eisteddfod, and now they are very much looking forward to the gala performance with NEW Sinfonia.”

While Anne won’t be performing herself at the Viennese gala, she will be there on the day  supervising her students through every step of the way.

She said: “We have some exceptional talent in North Wales and it is a privilege to help it shine. I can get very emotional when I see my students perform as I know all the hard work they have put in and their unstinting commitment to furthering their music.” 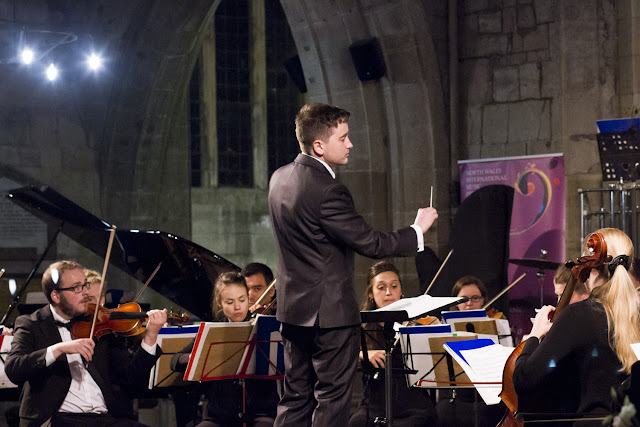 The Viennese gala has become a winter tradition for NEW Sinfonia with the last one so popular that the historic St Giles Church was packed to the rafters, and extra seats had to be put out when the audience topped 400.

“We’re hoping for another big turn out on January 2, 2017,” said Wrexham-born Robert.

He and his brother, clarinetist, Jonathan Guy, founded NEW Sinfonia in 2011 to develop an exciting flagship orchestra for North Wales.

In five years it has grown from obscurity to secure major appointments such as becoming resident orchestra for the 2016 North Wales International Music Festival.

It has worked alongside classical music big names including piano virtuoso Llŷr Williams and composer Paul Mealor who was commissioned to create his motet Ubi Caritas et Amor for the Royal wedding of Prince William and Catherine Middleton.

Earlier this year the orchestra was invited to undertake a music residency at Wrexham Maelor Hospital, supported by Betsi Cadwaladr Health Board and the Arts Council of Wales.

“Now, collaborating with Anne is another significant coup for us. She has a wealth of experience to pass on, having performed at the world’s great opera houses including with the Welsh, Scottish and English National Operas,” said Robert.

“We’re looking forward to warming up a January afternoon with Viennese favourites like the Blue Danube March and the much loved Die Fledermaus operetta by Johann Strauss. The opera singers will also be giving a spectacular rendition of Puccini’s Nessun Dorma, a real grandstander.”

Talented pianist and NEW Sinfonia harpist, Bethan Griffiths, of Treuddyn, has recently been brought on board by Robert and Jonathan to help run the orchestra.

She said the gala concert is a favourite with all its members, many of whom are based in other parts of the UK but return especially to take part.

She said: “It’s so good to be playing together after the Christmas festivities. It makes a rousing start to the new year ahead and gives us all a heartening, warm glow. This year, with the addition of the opera element, it will be extra special.”

Bethan, 21, is in her final year of a performance based course at the Royal College of Music, London, and has agreed to take on some more organisational tasks with NEW Sinfonia.

She said: “I’ve known Robert for a few years as I used to sing with the Cantorion Rhos Mixed Choir of which he is musical director. He’s also choral conductor and tutor in choral conducting at the University of Manchester, and principal conductor to the Huddersfield Philharmonic Orchestra, so he has a lot of commitments. That’s why I’m happy to help out him and Jonathan with any of the admin and organisational challenges I can for NEW Sinfonia. Our programme is already looking busy for 2017 so the gala will mark the start of what is looking like an eventful year for us.

“The orchestra is such a great asset to musicians from North Wales. I’ve played with it for about four years and I always enjoy our concerts. It’s great to be able to get together to perform with other local music makers on our home turf.

“Before NEW Sinfonia there were very few opportunities for us to do that as most musicians are forced to go out of the area if they want to further their careers. To have a flagship orchestra for our own region is a dream come true.”

Trumpet player Gwyn Owen, 23, of Bangor, agreed. After studying at London’s Royal Academy of Music, he is now based in the city carving out a career as a professional freelance trumpet player.

But he said the NEW Sinfonia Viennese gala concert remains a permanent fixture on his calendar, adding: “I always make sure to be home for that, no matter what. It’s a great occasion. Performing with NewSinfonia is so rewarding and I’m also looking forward to working with North Wales Opera Studio for the first time. I’m sure it will be an exceptional and memorable occasion.”

North Wales Opera Studio’s next opera workshops will be held at the English Methodist Church, Princes Street, Llangollen, from December 15-22.
Posted by llanblogger at 6:45 AM