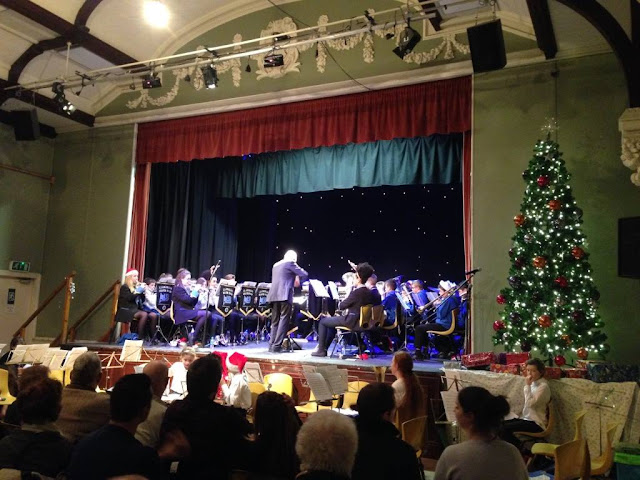 * The Youth Band on stage. 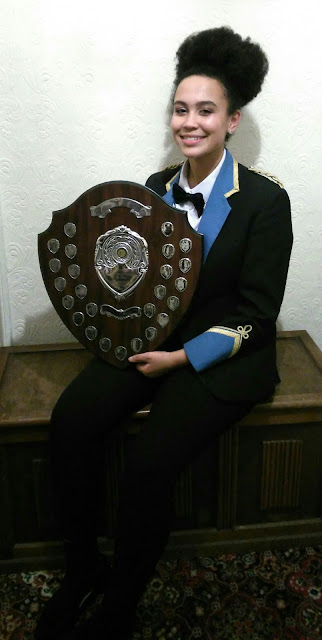 The festive event, now in it's 8th year, featured performances from the Training, Youth and Senior Bands, carols and smaller musical ensembles.

Trevor said: "Elizabeth is a talented young musician who has achieved great success this year. She is also one of the first to offer to lend a helping hand with other jobs, such as helping younger players and decorating the band room."

The grand finale of the gala saw the packed audience singing and swaying along to the senior band's renditions of Christmas classics such as 'Merry Christmas Everyone' and 'Jingle Bell Rock'.

Band Spokesman, Robert Stock, said 'Our thanks go out to all players, parents and supporters of the band for attending this event. On behalf of the band I hope you all have a merry Christmas and to see you at one one of our events in the new year.'

Posted by llanblogger at 7:57 PM