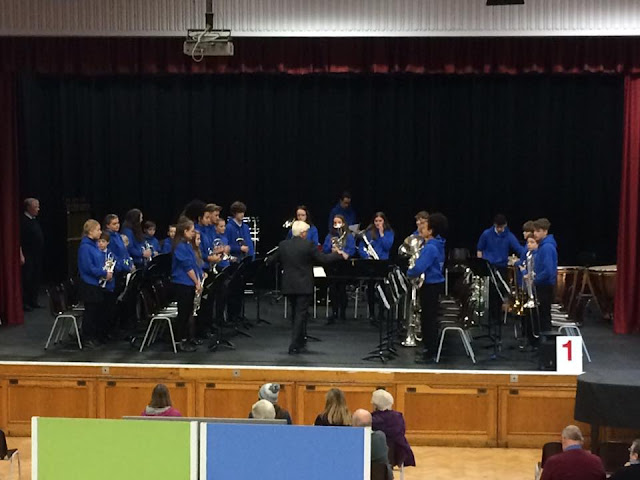 They finished in second place and were awarded the Llandudno Challenge Cup in the Youth Section of the contest.

The band began with the beautiful hymn tune ‘Angels Watching Over Me’ before performing the test piece ‘Passing Moods’ by Thomas James Powell, with cornet player, Taya Castley, being awarded the Lixwm Challenge Cup for Best Soloist for her solo in the latter.

Conductor, Trevor Williams, was left feeling proud when reflecting upon the band’s performance.

He said: "All players in the Youth Band should feel immensely proud of their performance in the contest.

"We have put in several months of practice to prepare for this competition and all members have worked incredibly hard.

"The experience of playing in front of such a large audience and competing against other talented bands is sure to improve them all as players."