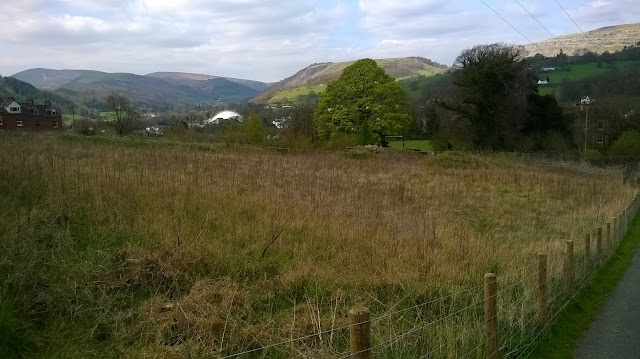 
After a lengthy debate county planners earlier today gave the go-ahead to a controversial scheme to build 95 homes on land off Vicarage Road in Llangollen.

And the area's Assembly member Ken Skates says he is "bitterly disappointed" by the decision.


The scheme, by Castlemead Group Ltd, raised a storm of protest from people in the area who objected mainly to the extra pressure they feared would be put on access roads to the 3.7 hectare site.


The scheme proposes a mix of terraced, semi-detached and detached dwellings.

And a condition of today's approval was that 10 per cent of these are affordable homes rather than the four originally proposed.


An officers’ report to the planning committee said there were around 100 objections to the application on the grounds of the impact on existing roads, insufficient infrastructure to serve the development and the extra burden it would place on local schools and health services.


The report, which recommended the application for approval, goes on to show that a number of these concerns have been addressed.

It says: “The proposal includes upgrading of an existing access road to the site (Willow Street).


“This upgrade is proposed to take place prior to the construction of any dwellings.


“Separate parking spaces are proposed to be provided within the site for seven adjacent dwellings (1-7 Castle Buildings). It is proposed that the site will be accessible from both Willow Street and Hill Street.”


The report points out that current pupil numbers for the two primary schools serving Llangollen  - Ysgol Gwernant and Bryn Collen - indicate both are at capacity. But it adds that the developer is to make a contribution of £172,000 towards education provision.


Officers also say that there is no evidence to suggest that the development as proposed would lead to a requirement to build additional healthcare facilities or improve the newly built health centre. On this basis no contributions have been sought from the developer.


The report adds: “A development of this scale will inevitably lead to increased levels of noise and disruption for occupiers of neighbouring properties.


“However, having regard to the scale, location, separation distances and design of the proposed development in relation to the existing site and neighbouring properties, it is not considered that the proposals would be so unreasonable in terms of impacts on residential amenity to justify refusal of permission.”


* Clwyd South AM Ken Skates, who has previously raised concerns over the development, said he was ‘bitterly disappointed’ with the decision and would fight for safeguards for residents.

He added: “People have been worried about this development in its various guises for a long time, which has been conveyed to the council in no uncertain terms. I asked for an urgent meeting with the developers earlier this year, but they weren’t interested.
“I’m bitterly disappointed with this, as I know many others who raised serious concerns will be.”

Posted by llanblogger at 5:30 PM