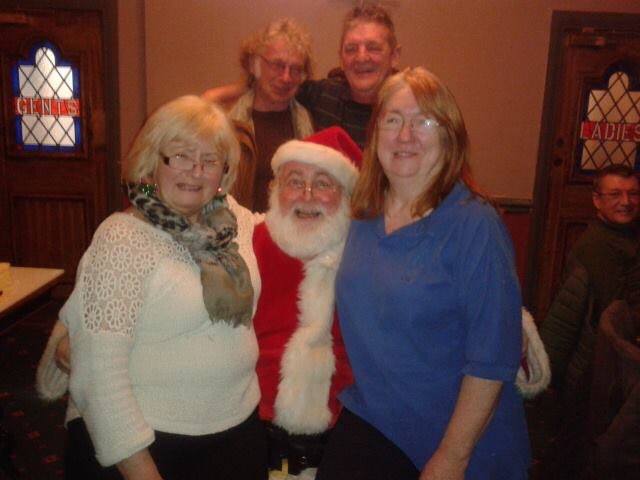 * The winning team with Santa.

Santa has thanked everyone who joined him at the Ponsonby for Santa's Magical Christmas Quiz.


Santa said: "Thanks to Paul and Lisa at the Ponsonby for their hospitality and John for his hard work behind the bar. The food and beer were brilliant.

"The declared winners, after a stewards enquiry, were Anon and On and On. A fantastic evening!"

Posted by llanblogger at 7:47 PM