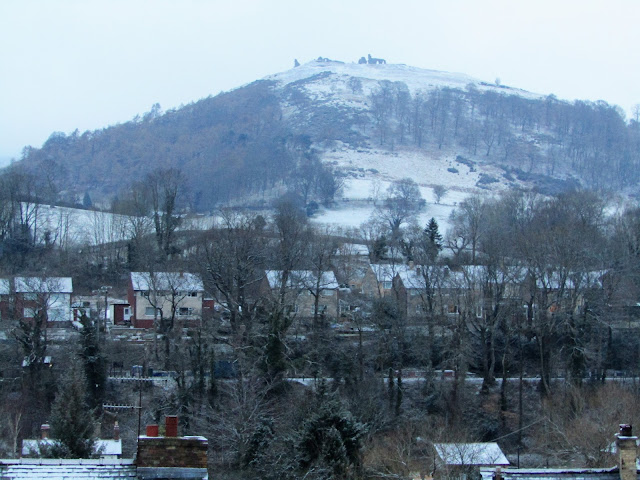 Dinas Bran closes because of weather.
The following note has been posted on the school website ...
The difficult decision has been made to close the school on the grounds of health & safety and worsening school site conditions. All contracted buses/taxis have been called to collect the students for 1pm. Apologies for the inconvenience this may cause.

UPDATE: County council reports at 9.30am that the Horseshoe Pass is open.

Llangollen awoke to a light covering of snow this morning (Tuesday) as the "Beast from East" arrived in town.

The Met Office has issued a yellow warning covering Denbighshire for the period between 00.05 and 23.55 today.

This says that snow showers or longer periods of snow are expected accompanied by very low temperatures.

The warning adds that there is the potential for travel delays on roads, with some stranded vehicles and passengers, as well as delays or cancellations to rail and air travel.

Some rural communities could become cut off. Power cuts may also occur and other services, such as mobile phones, may be affected, says the warning.

As at 8.49am there have been no notifications of any school or other closures in the area.

Across the county a total of 27 primary schools and seven secondary schools are closed for the day due to the weather.
Posted by llanblogger at 7:19 AM