Simon Baynes has been chosen as the Welsh Conservative Parliamentary Candidate for Clwyd South, which includes Llangollen
The selection was held on Wednesday night at the Brymbo Conservative Club. 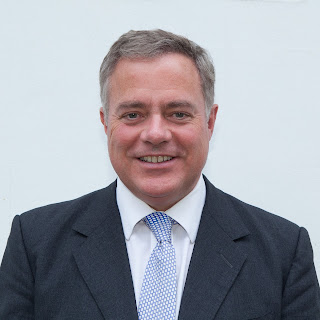 Afterwards, he said: “It is a great honour to be selected as the Welsh Conservative candidate for Clwyd South.
"I have been involved in campaigning on local issues in the constituency for some time, having stood as the Welsh Conservative Assembly Candidate for Clwyd South last year. I am looking forward to delivering on the issues that matter to the residents of the area.”
A keen musician, Mr Baynes (pictured) founded and runs the charity Concertina – Music for the Elderly, which helps provide music and other entertainment for the elderly in care homes and day centres.
Having grown up in the hotel industry, he says he is particularly interested in tourism and the hospitality industry and sees both as essential to the economy of Clwyd South.
He wants to see the creation of more sustainable jobs and better mobile phone signal in the area.
He has also campaigned against the closure of local banks.
Mr Baynes added: “This election is vital and we need it now to secure the strong and stable leadership the UK needs under Theresa May to see us through Brexit and beyond.”
Posted by llanblogger at 1:19 PM