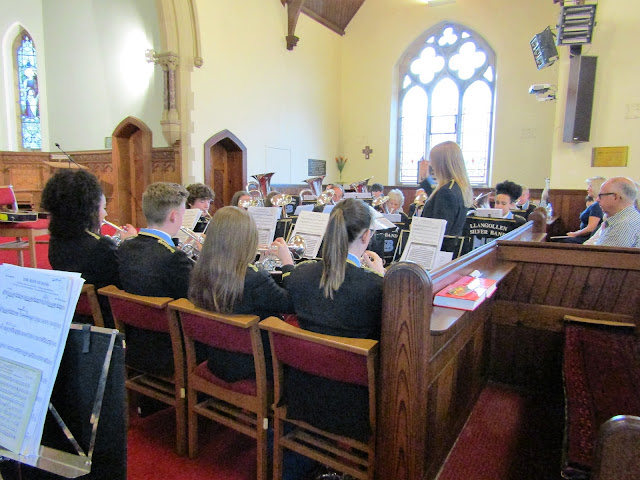 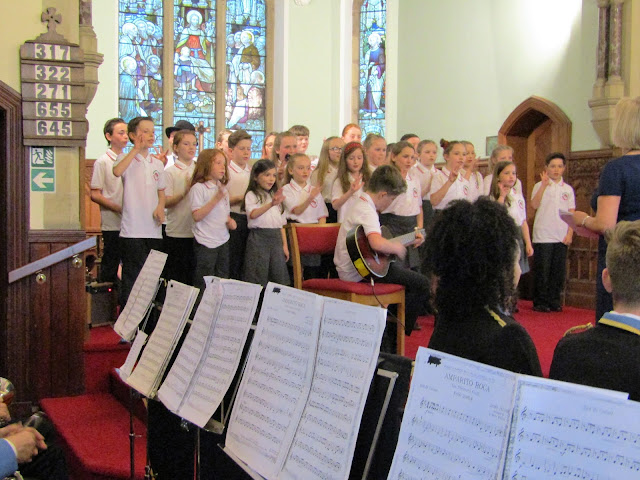 * Ysgol Bryn Collen's drama group on song during the evening.
Llangollen Silver Band teamed up with the drama group from Ysgol Bryn Collen for a successful spring concert at the Methodist Church last night (Saturday).
A large audience watched the band, including many younger musicians, play a varied programme interspersed with well received songs from the children.


The band got things underway with items including the quick march Death or Glory and continued with the cornet solo Share My Yoke and the three all-action Bond themes From Russia With Love, Goldfinger and You Only Live Twice.
First set from the school performers included a powerful version of If Only You Would Listen from the musical School of Rock.


The band came back with the spirited paso doble Ampirito Roca and The Prayer, made popular as a recording by Andre Bocelli and Celine Dion, before ending the first half of the evening with Singin’ in the Rain from the hit 1950s musical film.
St Collen’s opened the second half of the concert with another strong selection including My Favourite Things from the Sound of Music, Naughty from Matilda and Tomorrow from Annie.


The band returned to wind things up in style with Simple Gifts, used as the theme from Lord of the Dance, music from Cinema Paradiso and their own memorable version of the 1960s Richard Harris hit MacArthur Park.
Proceeds from a collection taken at the end of the night were split equally between the band and the school before church members served refreshments.
Posted by llanblogger at 10:02 AM