Thomas heads back to Llan 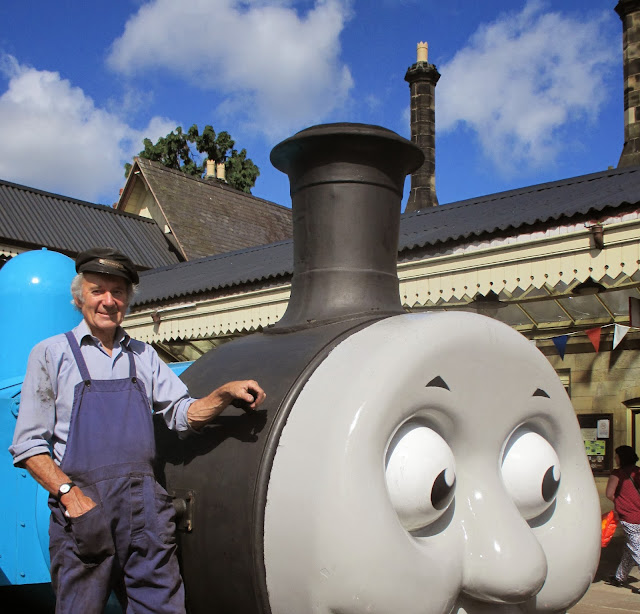 The Llangollen Railway based Thomas the Tank Engine is on his way back home after a triumphant tour of preserved railways in Holland and Belgium, as well as three venues in southern England.

After a successful repeat visit to the railway at Haarksbergen in eastern Holland, the famous engine No.1 was transported to the Stoom Centrum at Maldegen near Bruges.


There appearances on Belgian regional television ensured a record crowd turned out to see Thomas perform in a set piece demonstration.
Mike Pearce, the owner of the Llangollen based Thomas, travelled out to Belgium to be with the famous engine and was very impressed with the reception he was awarded by the Belgian railway volunteers.
Mike said: "The Stoom Centrum members were so pleased to have Thomas at their railway they extended considerable hospitality to me and I was involved in the operation of the engine throughout their event. I
"It was interesting to see how a very British engine was accommodated within a continental railway setting and how the undoubted appeal of the Thomas stories has a international recognition from all the fans, young and old."


Later in September the engine moved on to Spontin in the province of Namur in southern Belgium where it was a guest at the Chermin de fer Bocq, a line which is being restored by volunteers as a tourist railway in the very rural setting of the Wallooon region.
Although the region is less populated then the Bruges area, many fans were attracted to see the famous engine in action here too.
Having returned home  to Llangollen, the challenge is now to get No.1 ready for the last appearances of the 2013 season with the Days out with Thomas events planned for the weekends of October 19/20 & 26/27.
Posted by llanblogger at 8:06 AM