Lift off for Return to Forbidden Planet 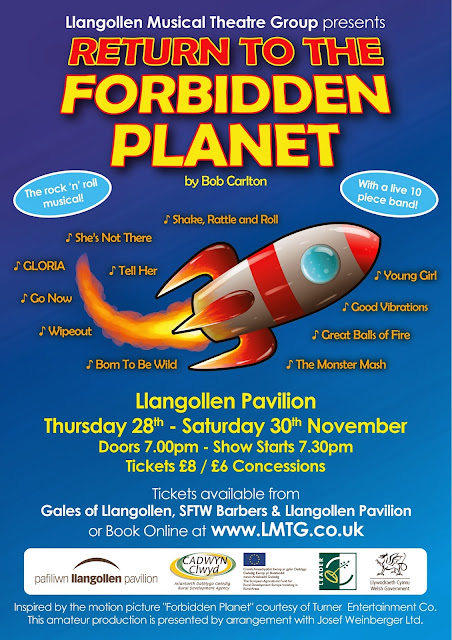 Tickets are now on sale for a local theatre group's debut performance.

The show is a jukebox musical which combines the story of Shakespeare's 'The Tempest' with a soundtrack of 60s and 70s classics including 'Good Vibrations', 'Born to be Wild' and 'G.L.O.R.I.A.' performed by a cast of local actors.

Stand out moments include Stuart Dillon's performance of 'She's Not There', Justine Bradey's haunting delivery of the Moody Blues classic 'Go Now' and the finale featuring the whole cast collaborating on a medley of 'The Monster Mash' and 'Great Balls Of Fire'.

The cast will be joined on stage by a live ten-piece rock and roll band, and supported behind the scenes by a production team consisting of over 20 volunteers.

The show's Producer, Katherine Brown, said: "Return to the Forbidden Planet is the perfect way to brighten up those dark November nights. It's an incredibly ambitious first production for us to stage, from the quantity of songs to the scale of the set we're building at the Pavilion, but we're confident our team can pull off a fantastic show."

Tickets, priced at £8 for adults and £6 for concessions, are now on sale from the Llangollen Pavilion, Gales Wine Bar and Shop, SFTW Barbers and online at www.LMTG.co.uk.
Posted by llanblogger at 7:47 AM