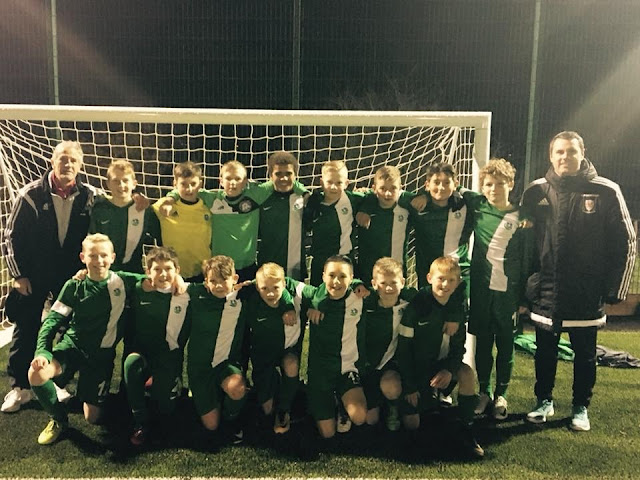 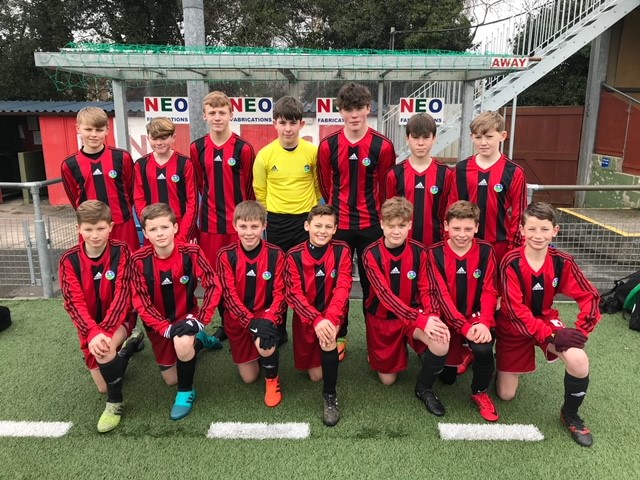 The teams were unbeaten in their respective northern section leagues and qualified for the Welsh Schools’ Football Association semi-finals to be held at the Cardiff International Sports Campus in Cardiff on Thursday, April 21.

The Under12 team were unbeaten in their league scoring 32 goals and only conceding three tells the story of what a talented bunch our year 7 boys are.

“This goes to show the high standard of football played by our Denbighshire pupils.”

Councillor Bobby Feeley, Lead Member for Well-being and Independence said: “They have done exceptionally well in their qualifying campaigns and I’d like to wish both teams well in Cardiff on Thursday.”

The Under12s will face either Swansea SFA or Bridgend SFA in the semi-finals with the Under13s facing Cardiff SFA and Vale SFA in their semi-finals.
Posted by llanblogger at 7:10 AM