Talks to be held on Cefn Mawr health centre 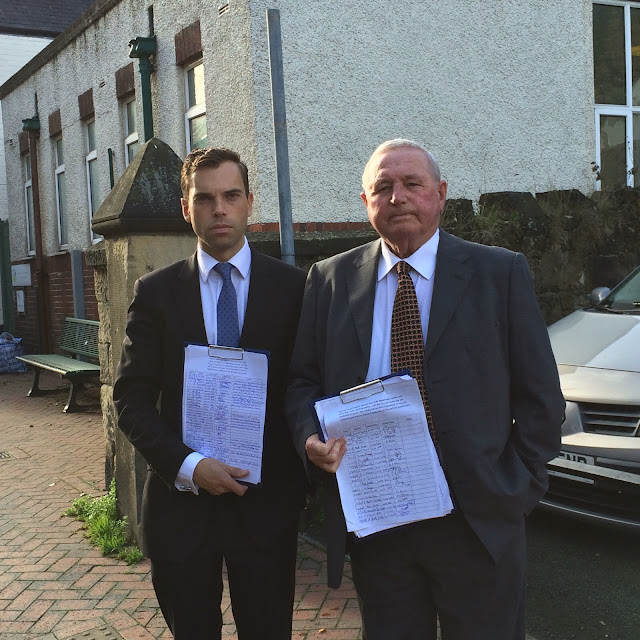 * Ken Skates AM and local councillor Ken
Bathers outside the current Caritas Surgery on Well Street.

Campaigners pressing for a new health centre in Cefn Mawr have welcomed a Welsh Government commitment to discuss proposals with local GPs.


Mr Skates, who organised the meeting, said he was delighted the Health Secretary has committed to visiting the Cefn Mawr. He launched a petition in 2015 calling for the "new facility the community deserves", which was signed by more than 2,000 people.


“I’m really pleased the Cabinet Secretary for Health has responded so positively to my invitation and I look forward to welcoming him to Clwyd South next week,” said Mr Skates.


Councillors Ken Bathers and Derek Wright have previously vowed they would not stop fighting for a new facility ‘until there are spades in the ground’.

They say the only hurdle left to clear is securing funding.

“The current is not fit for purpose and it hasn’t been for some time,” said Cllr Bathers. “The community badly needs this new facility and we’ll keep on pushing for it.”

Cllr Wright said: “We have been fighting for this for a long time. As soon as funding is found it’s all systems go and patients in Cefn, Rhosymedre, Plas Madoc and further afield can finally look forward to having a health centre fit for the 21st century.”

Betsi Cadwaladr University Health Board funded immediate remedial work to improve the current Cefn premises on Well Street in 2016 after agreeing the building was ‘not adequate’ and said it would also develop a plan for more modern premises.
Posted by llanblogger at 6:59 AM