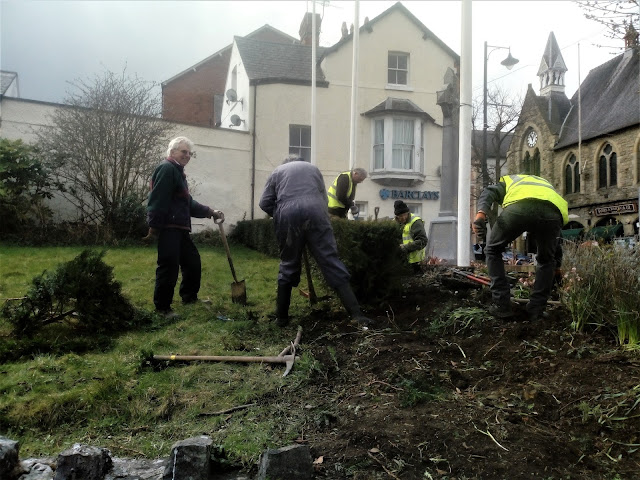 * Tidy Town members uproot a yew hedge at what will become Centenary Square.

Members of Llangollen Tidy Town Team were hard at work this morning (Friday) preparing the ground for work to start soon on the creation of the new Centenary Square at what has been the Royal Gardens.

They were removing a yew hedge from the site which will be replanted on an area of land between the station and the cemetery.

They were also taking up a number of rose bushes which will be put temporarily in pots outside the RAFA Club before being replanted in the new-look Centenary Square.

The square, of which the war memorial will be a centre point, is being created by the Town Council to mark this year's 100th anniversary of the end of the First World War. 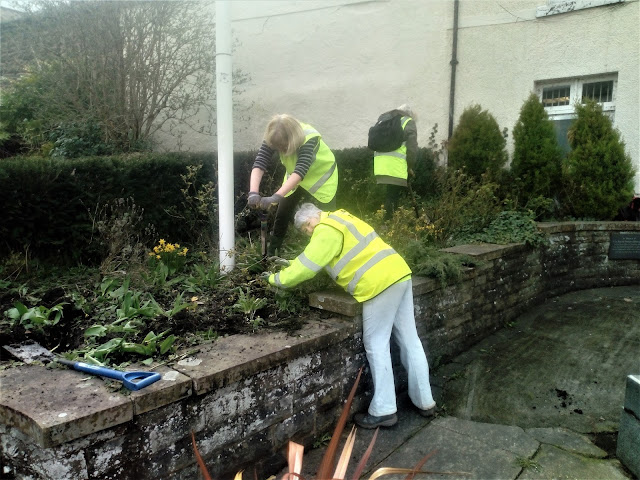