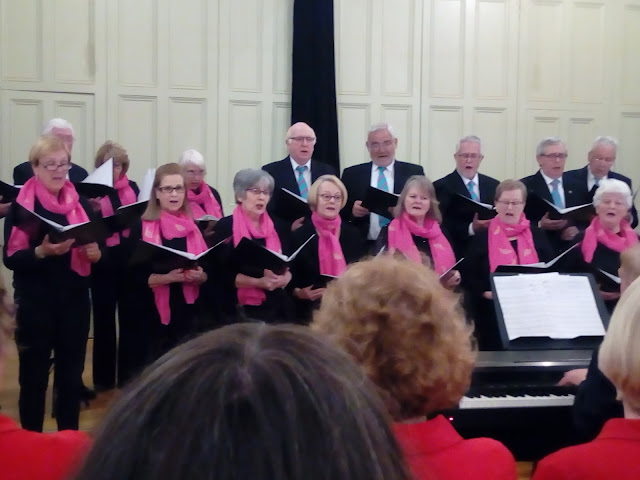 * Choral Variations on song at the concert. 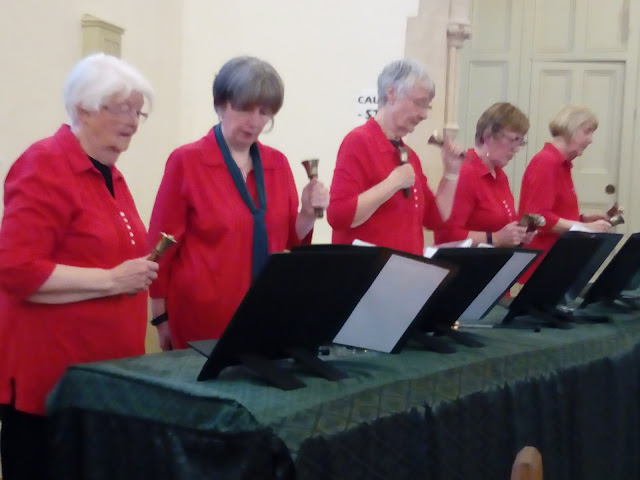 * Gresford Handbell Ringers chime in with the concert.

A mixed choir which includes a number of members from Llangollen sang at a well-received charity concert at Black Park Chapel near Chirk on Friday evening.


Staged in aid of the North Wales Support Group of the Dystonia Society UK, the event featured Choral Variations, led by Owen Roberts, who appeared along with Gresford Handbell Ringers, Ifton Colliery Youth Band, The Iftonites, soloist Eleanor Burnham and pianist Joyce Frith.
A large audience was highly impressed by the youth band which showed its capability despite only being formed a year ago.


Choral Variations delighted with two sets either side of the interval featuring a diverse selection of favourites, both in English and Welsh.
The handbell ringers, under the direction of Jill Roberts, specialises in music ranging from classical through to jazz and modern pop and their novel selection from the musical Les Miserables went down particularly well with the audience.


Two powerful sets were also provided by Eleanor Burnham, who is a prize-winning eisteddfod performer and regular member of Black Park Singers.
Joyce Firth, the regular accompanist of the Black Park Singers, performed a light and breezy number which was also well appreciated.


Dystonia is a neurological movement disorder and Moira Gleed, who is leader of the local support group and also a member of Choral Variations, gave an insight into the condition whose sufferers benefitted from the evening.
Posted by llanblogger at 7:03 AM