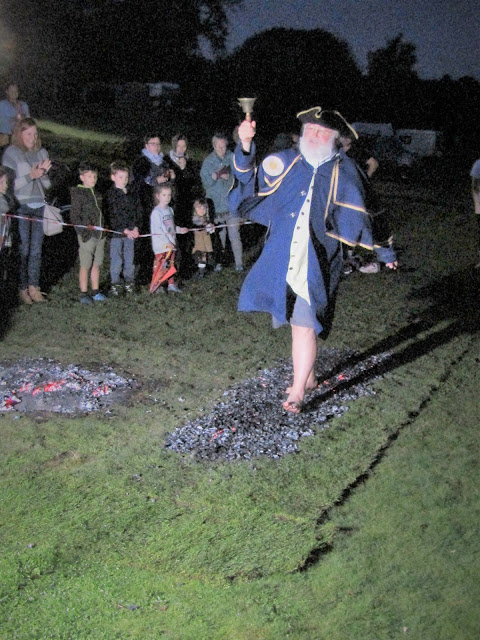 The 63-year-old retired teacher, who is also a town councillor, has raised hundreds of pounds for the air ambulance over the past few years as a way of saying thank you for the way the Midlands helicopter zoomed in to airlift him to hospital back in 2010 after he was run over twice by a delivery van in the car park of the school in Walsall where he was headmaster at the time.


In his latest fundraising venture, along with other charity dare-devils, he walked over red-hot coals in full costume and ringing his bell every step of the way

After his ordeal by fire Chem said: “I actually raised around £1,000 and I'd like to thank everyone who contributed.
“At the end of it my feet didn't hurt at all because I'd been fully prepared beforehand by the organisers.


"If you sort of psych yourself and tell yourself you're not going to be frightened and it's not going to hurt then you are okay."

* Chem's charity page is at https://www.justgiving.com/fundraising/chemshouts

Posted by llanblogger at 8:17 AM