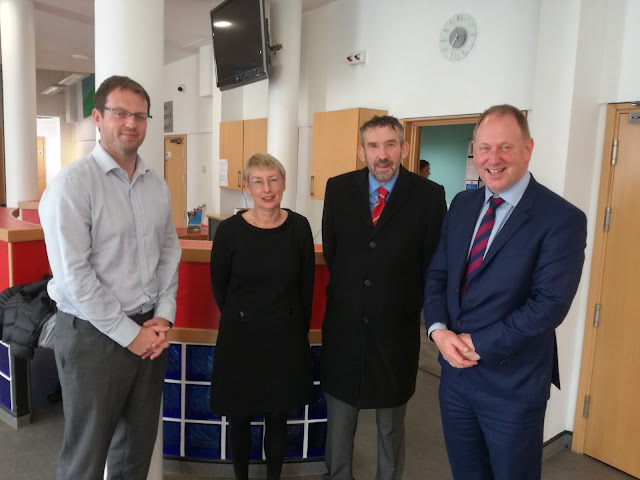 A long running campaign to improve health services in Corwen was given a boost when the Betsi Cadwaladr Health Board agreed to the £1.5m development of an improved Health Centre in the town.

Campaigners and community leaders have been working to ensure the development for over five years.
It is expected that the building work will start in eight weeks, and should be completed within 12 months.

In presenting the proposals Dr Berwyn Owen, chair of the Corwen Health Centre Redevelopment Project Board, said: “This is an important development. It’s a positive step for the Health Board, and is to be welcomed."

Cllr Huw Jones, Corwen, said: “It’s taken a long time to reach this point. It’s excellent news that the Health Board have approved these plans, and we can now look forward to having a first class Health Centre in Corwen.”

His Plaid Cymru colleague, Cllr Mabon ap Gwynfor, Cynwyd/Llandrillo Ward, said: “We campaigned long and hard for the people of the Edeirnion valley. This is a rural area, and we’re deprived of many of the facilities and services that can be found elsewhere. Corwen serves a vast area, and is an important town. The Health Board should be praised for listening to our calls.”

Plaid Cymru North Wales Assembly Member, Llyr Gruffydd, said: “This investment is warmly welcomed. The increased dental provision is also vitally important, and will serve a huge area, from Betws-y-Coed over to Llangollen. Many people have worked hard to secure this investment and they should be thanked for their perseverance.”
Posted by llanblogger at 6:31 AM