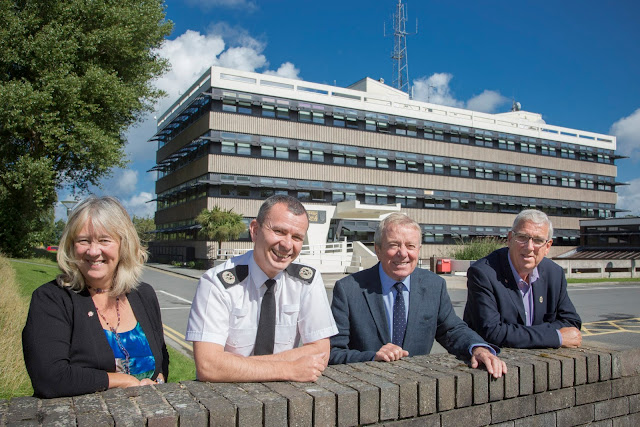 A special fund which uses cash seized from crooks to help community crimebusters in North Wales is set to take its hand-outs to over £200,000 in five years.

The Your Community, Your Choice Awards are again putting up over £40,000 for local groups and North Wales Police and Crime Commissioner Arfon Jones is urging local groups to bid for the cash.

Each of the region’s six counties will have £2,500 apiece for two groups with £5,000 each for two organisations that operate across North Wales.

The successful groups are chosen by public vote and entries close on Saturday, September 30, with the Your Community, Your Choice entry form available on the North Wales Police website with a link to it on the Police Commissioner’s website.

A shortlist of applicants will be chosen by a special panel and voting opens to the public on October 30 and runs until December 1 with that vote deciding the winners.

The cash for the awards comes partly from money seized by the courts through the Proceeds of Crime Act with the rest from the Police Commissioner’s Fund.

North Wales Police and Crime Commissioner Arfon Jones said: “These awards are important because they involve the community and the communities decide where the money can best be spent.

“We want to support communities so they are able to take responsibility for their own areas.

“Smaller community groups like them can do a great deal to make communities safer, reduce crime and reduce re-offending, It also sends a good message to the communities because it shows we are listening to them.”

His message was backed by Assistant Chief Constable Richard Debicki who said: “This is the fifth year of the scheme and it has been a great success because it gives the public and local communities the chance to have a stake in how local issues are addressed and how we together tackle crime and disorder.

“This is a really positive aspect of the scheme and it helps bring us closer to those communities.”

PACT Chairman David Williams said: “I believe the scheme has been tremendously successful and I welcome the symbolism and synergy between accessing the ill-gotten gains of criminal activity in North Wales and redistributing it to communities in north Wales to support projects which will have a beneficial impact on the local population.

“I have visited some of these projects and I found the commitment and determination shown to be inspirational.

“The aims of the Your Community, Your Choice scheme support the objectives of the Police and Crime Commissioner’s plan so it creates a potent strategy to enhance the well-being of towns and villages across north Wales.”

PACT Manager Dave Evans added: “Applicants have to be a properly constituted community group or a registered charity and the main criterion is that the project helps to support the Police and Crime Plan by delivering safer neighbourhoods.

“I would recommend that applicants considering a bid liaise with their local neighbourhood policing team to discuss it and make sure it is as comprehensive as possible.”

* Completed applications must be returned by e-mail to yourcommunityyourchoice@nthwales.pnn.police.uk by 5pm on the closing date of September 30.
Posted by llanblogger at 8:16 AM