Help me in my final push for cash! 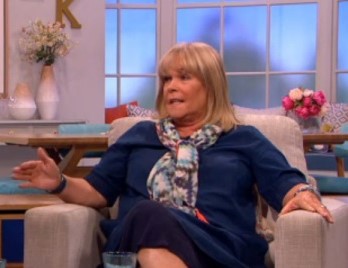 llanblogger is joining TV's Linda Robson in helping to raise money for vital research into dementia.

Both Phil Robinson and the star of Birds of a Feather and Loose Women are taking part in the Alzheimer’s Society 2016 Memory Walk - albeit not in the same place.

Linda, who is a long-time supporter of the charity, helped to spread the word about dementia on ITV’s Lorraine Show recently and revealed she is joining in the Memory Walk in London to help raise awareness and funds to support people affected by dementia as her mother, Rita, had the condition.

Phil will be remembering a number of members of his family who suffered from dementia when he takes part in the Cheshire Memory Walk at Delamere Forest on Saturday September 24.


He said: “Every year in the UK a staggering 225,000 people develop dementia – that’s equivalent to one person every three minutes.
“So I’ve decided to do my bit to help by taking part in the Memory Walk, which sees thousands of people raising money for a world without dementia across Wales, England and Northern Ireland.

“People of all ages and abilities join in, from grandparents to grandchildren, and even furry four-legged friends.

“They all walk together to celebrate loved ones affected by dementia, and raise money to reclaim the future.”

He added:  “As it’s closest to Llangollen I’ll be joining the Cheshire Memory Walk, which has a choice of two routes - 3.5km or 6k – and I’m doing the 6k route through the forest's woodland paths and around Blakemere Lake. Just £50 can help a PhD researcher to continue research into the causes of dementia, how it can be treated and, ultimately, to find a cure.

“I’m aiming to raise at least £150 for this very good cause, so I’m hoping that as many people as possible will sponsor me on the walk.

"I'm grateful to have received a number of donations so far but I just need a final push to help me to hit my target figure."

* To sponsor Phil, visit his Justgiving page, which can be found at https://www.justgiving.com/fundraising/Philip-Robinson8
Posted by llanblogger at 6:36 AM