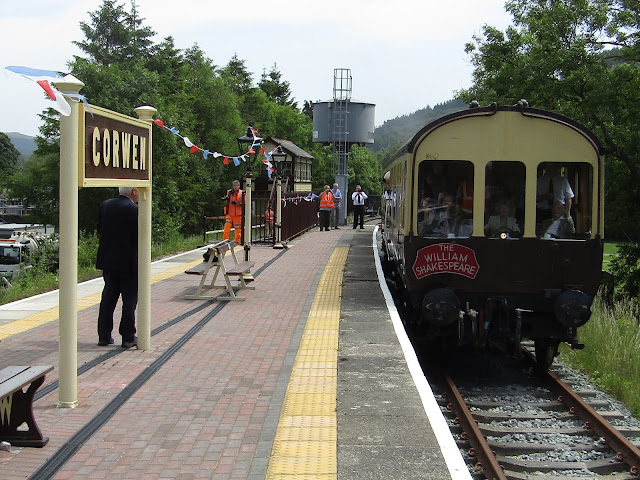 * The special steam train arrives at Corwen Station - the first since 1964.

Llangollen Railway made history this morning as the first steam train in almost 60 years pulled into Corwen Station.

The special service was run to conduct further testing of the platforms and station facilities and allow a very important person to be amongst the very first to use the station - the railway Trust's founding member and president, Bill Shakespeare MBE.

True to the line’s heritage, the train, proudly bearing the nameboard 'William Shakespeare', consisted of two pieces of Great Western Railway history - a 1923-built steam tank locomotive and an inspection coach, both of which were built at the GWR’s legendary Swindon works.

Bill Shakespeare has been involved in the railway from its creation as the Deeside and Flintshire Railway Preservation Society in the late 1970s. 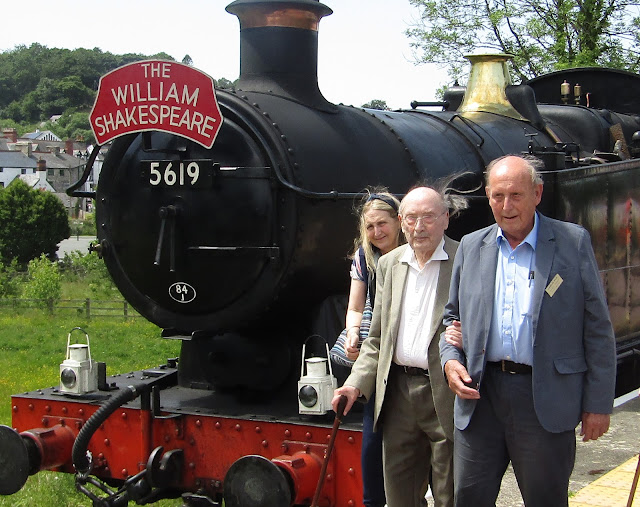 He has given a lifetime’s dedicated service to the railway as a volunteer and served as chairman of the LR Trust between 1976 and 1998.

He was awarded an MBE for services to the railway upon his retirement as chairman in 1998 and continues to support the Trust in an honorary role as president. 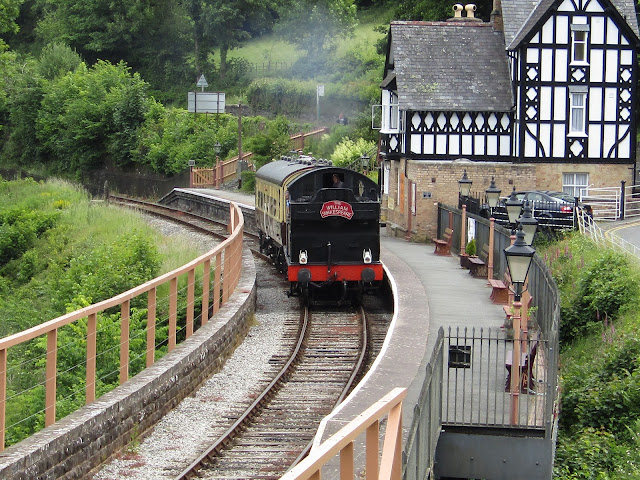 * The special steam service passes through Berwyn Station on route to Corwen.

Joining him on the special train to Corwen were three other past chairmen of the railway, Gordon Heddon, Neil Evans and Jim Ritchie.

Current LR Trust chairman Phil Coles said. “What an honour it is to be travelling with Bill in this wonderful inspection coach on our first officer’s special to Corwen.

"It was also a landmark occasion for us because this was the first steam to operate at Corwen since the mainline station closed in 1964. 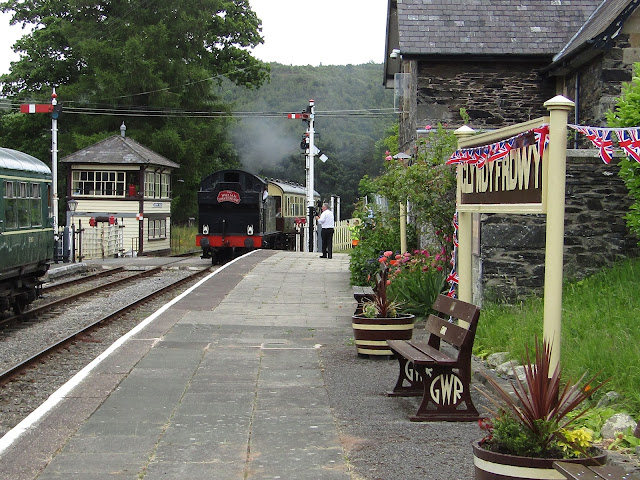 "If anyone deserves to be the first into the new station then it’s Bill. His contribution to the railway has been incredible, with many years of hard work and inspirational leadership. We have all worked very hard to make this happen are looking forward to seeing the station completed."

Richard Dixon-Gough, manager for the Corwen Station Project, said “Seeing the special roll in with Bill on board is something me and the small team of volunteers who have built the station from nothing have been looking forward to for a very long time.

"Whilst this is still part of the testing phase of getting the station ready to open to the public, it’s another big step forward. We’ve got a fair bit more work to do in order to complete the platform buildings – with the roof to finish and the canopy to erect. 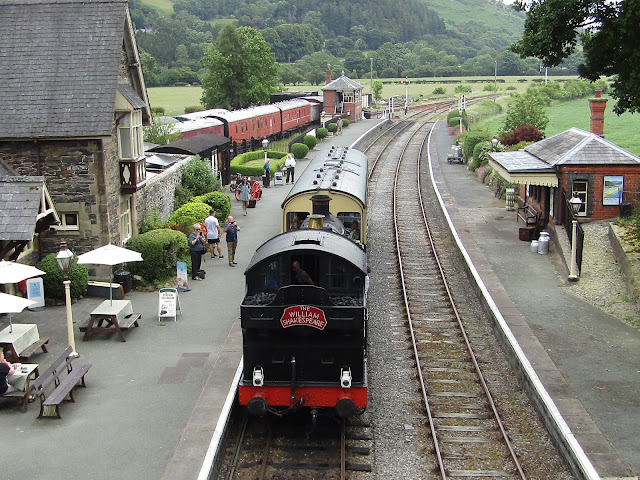 * A stop was made at Carrog on the way to Corwen. 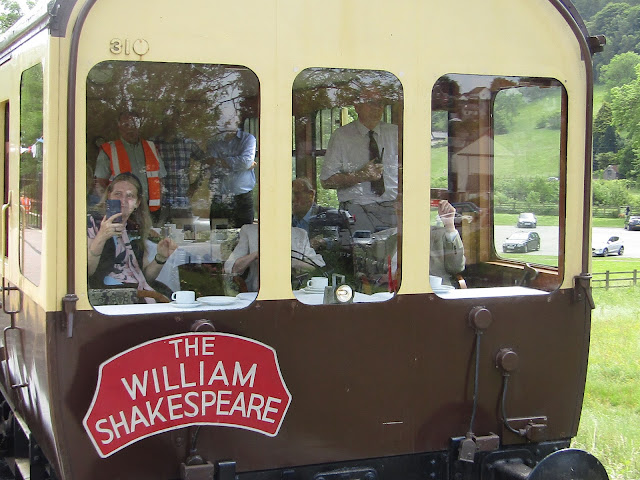 * Railway VIPs in the observation car at the front of the train.

"We’ve been delighted to receive a Levelling Up Government Grant to help us fund the canopy and are about to place the order with a local steelwork supplier for it. All being well the station will open for passengers early next year."

Chairman Phil Coles explained that the Levelling Up fund contributed almost £165,000 of the £200,000 cost of the canopy, with the railway finding the remainder.

Llangollen Railway continues to recover from it’s economic challenges of 2021 and work towards a more sustainable future as a successful tourist attraction. 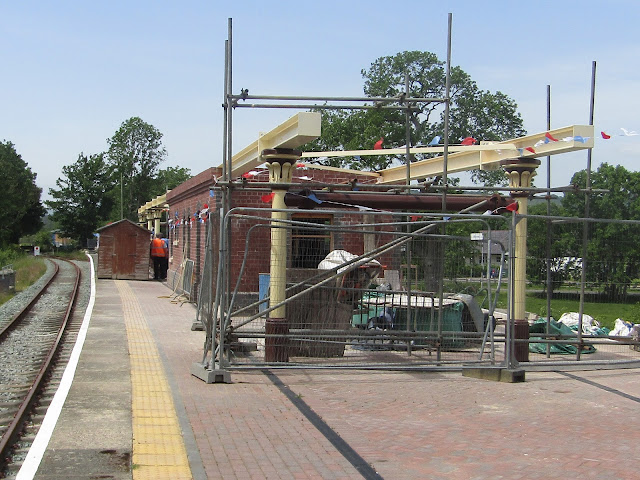 * Work on the new Corwen Station is steaming ahead.

With healthy numbers of passengers using the current operational railway between Llangollen and Carrog, the railway’s management say they are looking forward to busy summer season, with a more intensive timetable of railcar, steam and diesel trains planned alongside some special events.

These include a Classic Transport Weekend on July 2 and 3 and a Diesel Weekend on September 1 and 2.

* Former railway press officer George Jones contributed the two pictures below, showing William Shakespeare looking out of the train window at Corwen Station and a wide-angle shot of the train after its arrival. 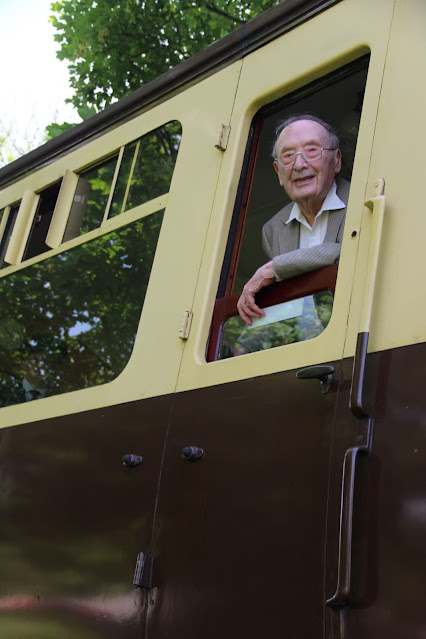 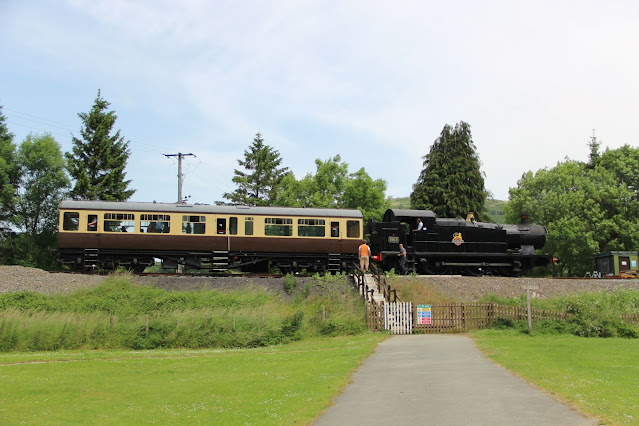