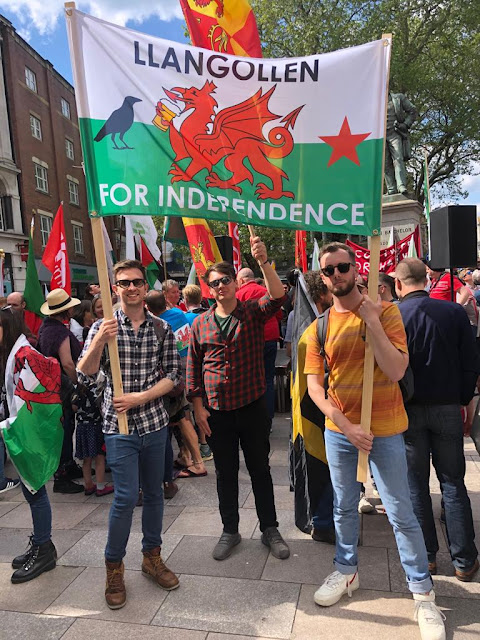 A contingent from Llangollen joined what was described as the "first ever" march for Welsh independence held in Cardiff on Saturday.

People from across Wales journeyed to the capital for the event organised by All Under One Banner (AUOB) Cymru and supported by YesCymru, Awoken Cymru and Welsh Football Fans for Independence.

Estimates suggest that far more than 1,000 people, and possibly as many as 3,000, attended and organisers hope the march will get more people talking about Welsh independence in what they described as a "resurgence of interest".

Amongst those taking part was 28-year-old Deian Timms from Llangollen who sent in these pictures of himself and friends to llanblogger.

In an opinion piece in Wales Online, Deian is quoted as saying: “We’re fed up. It’s a system that’s not working for us, which we have always known. But recently things have been highlighted, especially with Brexit and nothing is going to change if we don’t do anything about it." 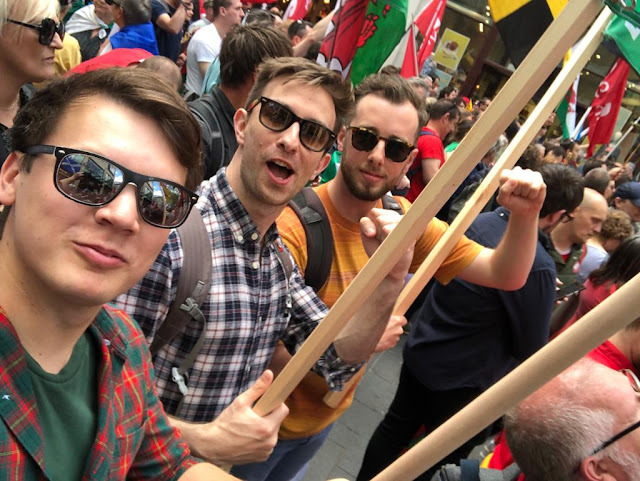 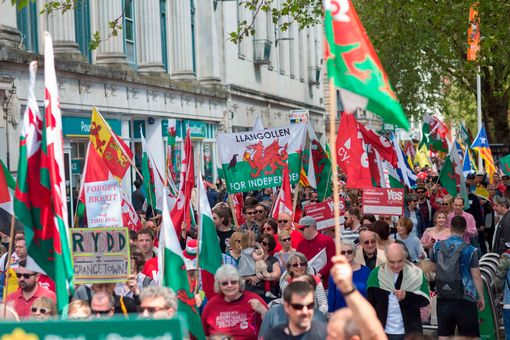